Mahindra will launch the 2015 XUV500 facelift in the country today. This is the first major upgrade given by the homegrown automajor to its flagship SUV. The crossover gets cosmetic update to its exterior and interiors. 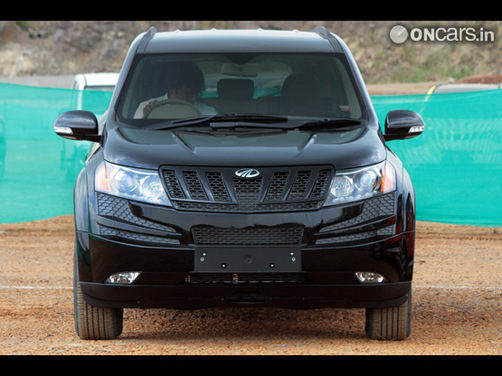 Talking about changes, the XUV500 facelift gets a restyled front fascia with a new bumper, chrome enclosures for the fog lamps, revised grille with a chrome trim and new headlamp enclosures with 'S-shape' LED daytime running lamps. The vehicle has new 10-spoke alloy wheels, while the rear has newly designed chrome garnish enclosure for registration plate. It is expected that the vehicle would get a new top-end W10 variant, which is equipped with various high end features like a DVD-compatible 7-inch infotainment system, reversing camera with a zoom function and an engine start/stop button. Inside the cabin, the SUV features new center console and a revised cowl for the instrument binnacle. Also Read - Tata Motors bets big on Harrier for 'sustainable' growth

Under the bonnet of the XUV500 facelift is a 2.2-liter four-cylinder diesel engine that churns out 140bhp of power and 330Nm of peak torque. Power is transmitted to either front wheels or all-4 wheels of the SUV via a six-speed manual transmission. It is expected to deliver an excellent fuel efficiency of about 15.1kmpl. The vehicle is also expected to get new exterior paint jobs including a new Purple and an Orange tone. The crossover will rival against the likes of Tata Safari Storme, Nissan Terrano and Renault Duster.