Based on MLB platform, the all-new 2017 Audi A5 Sportback has been spotted while doing test rounds in Navi Mumbai. 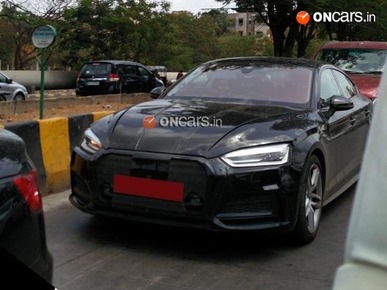 Also the Sportback was spotted earlier last month revealing it details. Also, as per Zauba, Audi has imported a single unit of Audi A5 Sportback in India which seems to be the same one that has been spotted. Like other Audi’s, A5 Sportback is likely to sport Matrix LED head lamps, LED tail lamps, Audi virtual cockpit with 12.3-inch LCD display, MMI infotainment, Bang & Olufsen surround music system, leather upholstery and such other essential features. Also Read - Punjab: AAP MLAs Spend Night in Assembly Premises Over Agriculture Law

The mechanical details are not confirmed yet. However, one imported to India is equipped with a 1968cc turbo diesel motor that develops 190PS along with 400Nm of power figures. While the US market is expected to see a 2.0-litre petrol engine which generates 256PS of power along with 370Nm of torque. The gearbox option might include 6-speed manual and 8-speed automatic transmissions with the high end models featuring Quattro all-wheel drive technology. Checkout- Audi A8 V10 Plus with Virat Kohli: Photo Gallery 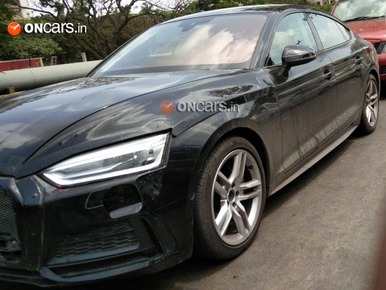 Moreover, Audi revealed A5 Coupe which is based on MLB platform which also underpins the A4 sedan. It is also expected to be lighter in weight than its predecessor.  Audi has always emphasized on testing their products in India due to its diverse terrains and weather which assist the R&D team to accumulate necessary data regarding the vehicle.

After its launch, the Audi A5 Sportback will compete against the likes of BMW 4 Series Gran Coupe, whereas the A5 Coupe will go head on head with the C-Class and 4 Series coupe variants.