The new Maruti Suzuki DZire 2017 was on its way to a dealership in Gwalior, when the accident took place on the Gwalior-Jhansi highway in Madhya Pradesh.

Earlier in the day, a brand new Maruti Suzuki Dzire was involved in a high-speed crash with a Tata Safari Storme. DriveSpark reader Vineet Rathore has shared the images of the crash, which took place near the Gwalior-Tekanpur road section on Gwalior-Jhansi highway in Madhya Pradesh. According to the report, the Tata Safari was speeding and was driven rashly when it collided with the new DZire, which was on its way to a dealership in Gwalior. The report further states the Safari was trying to overtake the DZire when the driver lost control and hit the divider before crashing into the DZire. Also Read: New upcoming cars launching in India in May 2017 Isuzu MU-X & Maruti Suzuki Dzire Also Read - Jagdish Khattar, Auto Industry Veteran Who Scaled New Heights For Maruti Suzuki, Dies 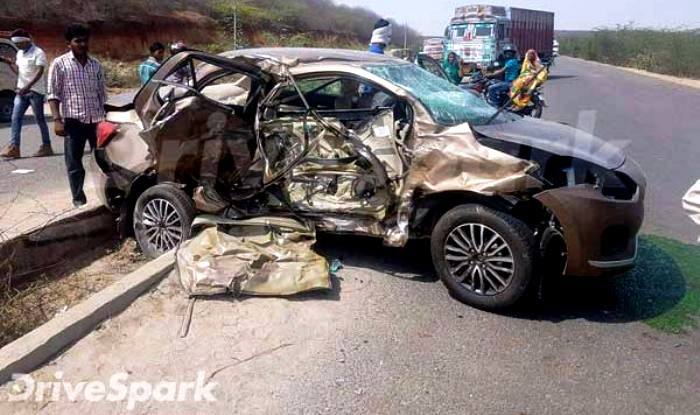 The Maruti DZire has received extensive damage to the driver side.

The crash has resulted in heavy damage to both the cars, with the Maruti Suzuki DZire taking a lot of beating on the driver side. Such is the impact that the right side doors, front fender, headlight, bonnet and rear fender are completely damaged. The windshield and roof are damaged while the A, B and C-pillar have also caved in. On the other hand, the Tata Safari Storme seems to be more damaged than the DZire. The entire front right section of the Safari Storme has been damaged. The front bumper, headlights, grille, engine bay, bonnet, front fender, windshield and the door has been heavily damaged, while the front right wheel and axle has broken. Read More: 2017 Maruti Suzuki Dzire diesel to be most fuel efficient car in India; mileage figures leaked 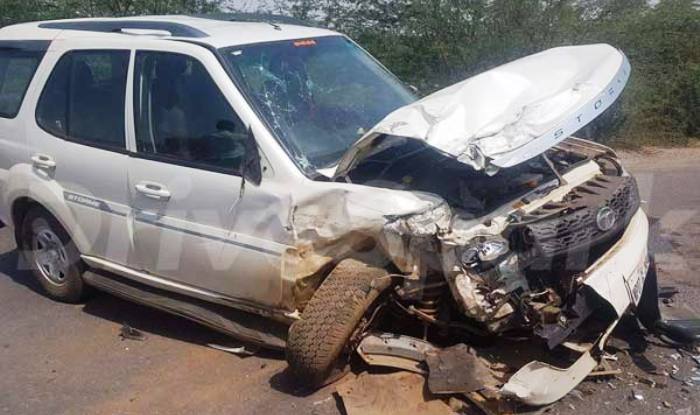 The Tata Safari Storme has damaged its front section, wheels and axle.

By the looks of it, the Maruti Suzuki DZire seems to have taken the Safari s impact quite well. The vehicle s crumple zones have absorbed the shocks while the body shell and the interiors of the car are intact. When contacted, Vineet Rathore has revealed that the driver of the DZire and occupants of the Safari escaped unhurt. The new 2017 Maruti DZire is underpinned by the HEARTECT platform that is lightweight, safe and more rigid as compared to the old model. Maruti has made use of high tensile steel in the construction of the new DZire, which provides great strength. Also Read: New Maruti Swift Dzire 2017: Expected Price, India launch date, bookings, specs & interior 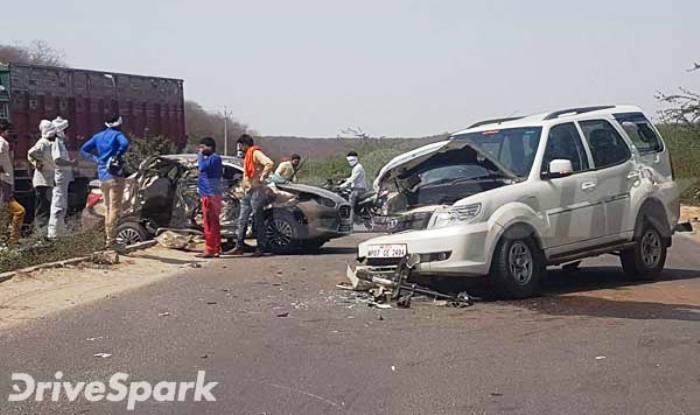 Both, the Maruti Suzuki DZire & Tata Safari Storme seem to be ‘Totaled’.

The new Maruti Suzuki DZire is scheduled to be launched in India on 16th May 2017. The car will be powered by a 1.2-litre K-series petrol and a 1.3-litre MultiJet diesel engine. Both engines will come mated to a 5-speed manual along with a 5-speed AGS (Auto Gear Shift) AMT transmission. Expected to be priced in the range of INR 6 lakh to INR 9 lakh (ex-showroom), the DZire will compete against the Hyundai Xcent, Honda Amaze, Ford Figo Aspire and the Tata Tigor among others. Read More: Upcoming new Maruti Suzuki cars to launch in India in 2017-18; Dzire, Vitara Brezza Petrol, Swift & S-Cross