230 Tata Nano showrooms will be launched in a year

As part of aggressive marketing, Tata Nano will be seen in 230 exclusive showrooms across India. 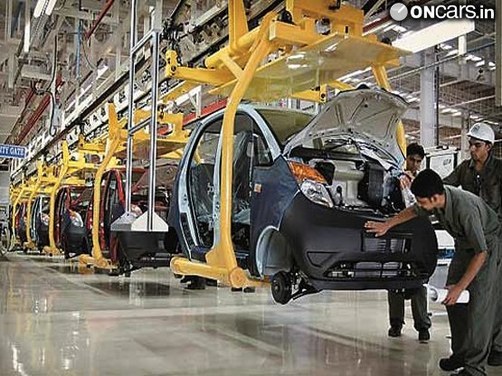 Tata Motors have reported that the company will be launching 230 showrooms exclusively for its ultra-cheap car, Tata Nano in the next 12 months. Currently, there are 120 exclusive Nano showrooms in India and the expansion will take the total number of sales points of the small car to 350. The move is part of company's new aggressive marketing and distribution strategy in India.

At the 2012 Auto Expo, Tata Group chairman, Ratan Tata had openly admitted that there had been quite a few blunders in the way the Tata Nano was marketed and distributed in the country. The company now plans a complete marketing overhaul to make the necessary correction and boost the sales of the small car. The new strategy aims at setting up exclusive showrooms to sell Nano in the Tier-III and Tier-IV cities across the nation.

With the aggressive expansion, Tata Motors hopes to shed the perception that the Nano is a poor man's car.