A2 all-electric for Frankfurt

Audi's stand to be among the most crowded with concepts 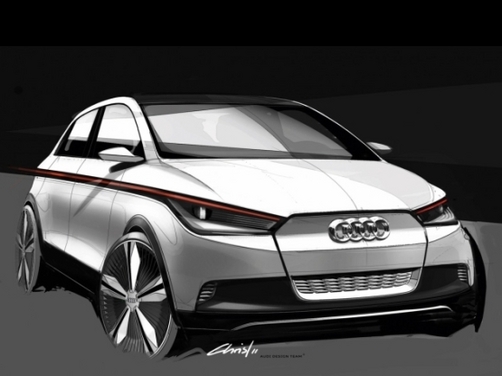 It is already established that Audi will probably have the largest display at Frankfurt this month, in its mammoth 10 million Euro stand. The company has already announced a slew of concepts and cars that will be displayed. Now comes the news of yet another – the all-electric, four-door Audi A2. Also Read - Bundesliga: Jadon Sancho, Erling Haaland Score as Dortmund Wallop Frankfurt 4-0

The A2 will be seventh debutant from the Audi stable at Frankfurt and promises to be an electric small car that could seat four. From the sketches released, the highlight of the car seems to be fuctional interiors that include removable seats and the next phase of LED technology, called the matrix beam that mixes LEDs and microreflectors. It will be powered by an e-tron electric motor and at 3.8 metre, will roughly be the size of the Mini Cooper. Also Read - Bhojpuri Bombshell Monalisa Shares Her Hot Pictures With Her New Audi And Hubby Vikrant Singh Rajput

For those who remember, this A2 takes over from the former car that Audi sold briefly in the '90s in  Europe and died a sudden death in 2005.