The Toyota iQ based car wasn't a real Aston, thus we aren't quite sad to see it go.

The consensus is rebadged cars lack the charm as the original versions and things become even worse if you are made to pay a huge premium just for the badge.Also Read - Max Verstappen Beats Lewis Hamilton to Take Pole Position For Bahrain GP 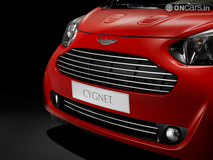 So is the case of Aston Martin Cygnet. It's a Toyota iQ with some bits that make it look like an Aston. The mechanicals too are carried over from the Toyota. A front wheel drive 100PS Aston, which is a Toyota is not the best thing to grace your garage and the top blokes at AM must feel the same too. Hence, the carmaker has reportedly stopped producing the car. There's still some stock left at the dealerships, so if you have the will, guts and the moolah required to buy it, we suggest you check with one of the local dealers.  Also Read - Red Bull split with Renault, confirm Honda deal

For the actual Aston Martin cars, have a look at our New Cars listing.