Audi, the German luxury carmaker today rolled out the new 2015 TT Coupe in the Indian car market priced at INR 60.34 lakh (ex-showroom Delhi and Mumbai). Also the new model is apparently much sharper, sleeker and performance oriented compared to its two predecessors. In India the car will go up against two of its biggest German rivals - the BMW Z4 and the Mercedes-Benz SLK. Here, we bring you an on-paper spec based comparison between the three German luxury cars. In India all the three cars are priced in the range of INR 6.34 – 75.8 lakh (all ex-showroom Delhi). 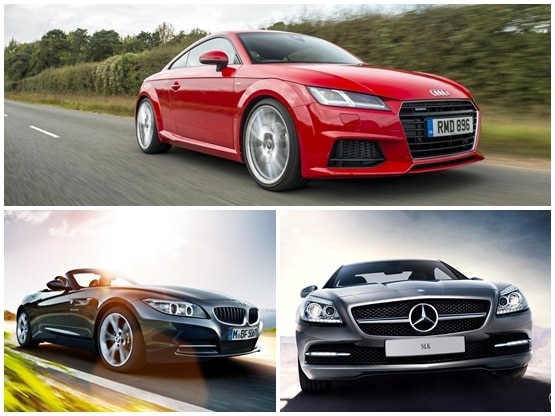 The overall dimensions of the 2015 Audi TT Coupe is almost identical to its predecessor, but the length and wheelbase has been slightly increased to create more interior space. The vehicle is 4.18 metres in length, while the wheelbase has been raised by 37mm to 2,505mm. It is 1,832mm wide and 1,353mm tall. Also Read - Merc launches first locally-made, BS-VI-compliant S Class 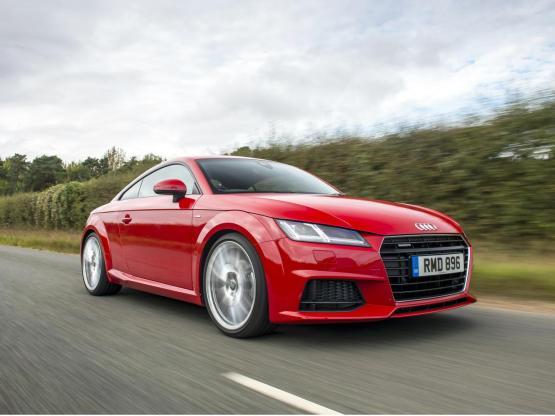 The 2015 Audi TT Coupe is powered by a 2.0-litre TFSI petrol engine that is good for 230PS of power and 350Nm of torque. This engine is paired to a six-speed dual-clutch transmission gearbox, which sends the power to all-wheels of the coupe via Audi's Quattro all-wheel drive system. The car sprints to 0-100kmph in mere 5.3 seconds. 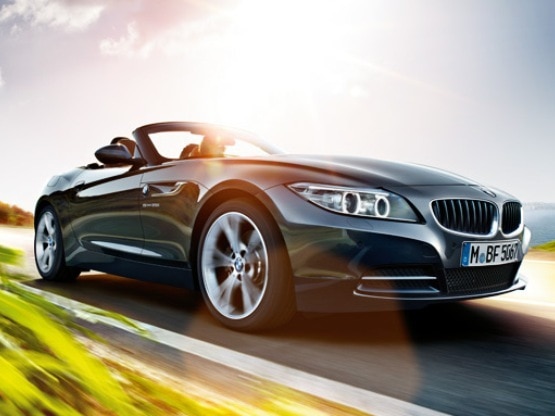 On the other hand, the BMW Z4 gets the 3.0-litre petrol engine that churns out 302bhp of power and 400Nm of torque. This engine is paired to a seven-speed ZF automatic transmission, which sends the power to rear wheels. 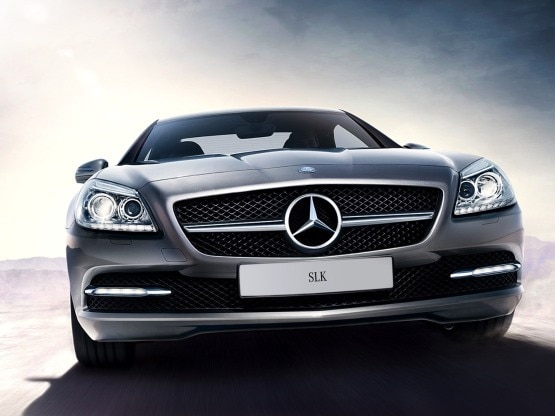 The SLK is the more powerful than the two competitors. Under the hood is the 3.5-litre V6 engine that is capable of producing 306bhp of power and 370Nm of torque. Power is transmitted to rear wheels via a seven-speed automatic gearbox. 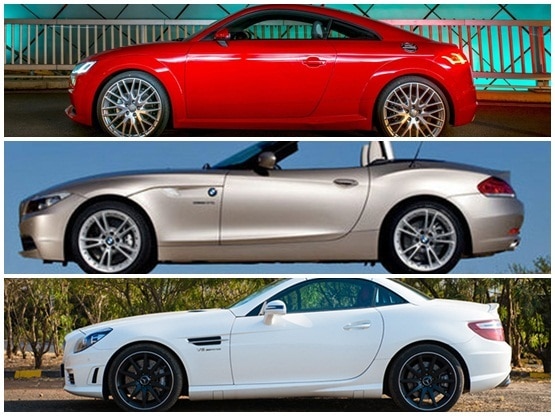