In other news, TDI tradmark refused to Audi 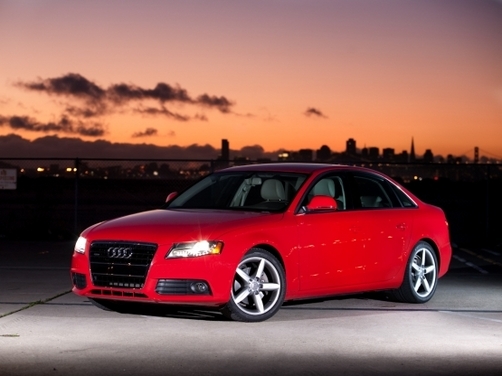 The A4 has been around for four years now and the magic that it wove with its daytime running lamps has worn off a little. There is a facelift in the offing, and it should be on sale by next year. The facelift will bring the A4's styling from the current organic lines to the more edgier style of the current batch of models like the A6, A7 and A8. It will also get the latest-generation MMI and features from the A6. The range of engines will be updated to run cleaner and further on every litre of fuel while still managing to churn out more power.  Also Read - Auto Expo 2020: Volkswagen Unveils Concept Electric Vehicle ID CROZZ

Audi has been denied the right to the 'TDI' badge exclusively in the European Courts in Luxembourg. It had tried to secure the rights to the badge over the entire European Union for itself as well as parent company VW, but the judge ruled that the technology – namely turbocharging coupled with direct injection – was common with a lot of manufacturers so Audi by itself couldn't own the badge. The manufacturer does, however, own the name in individual countries, so it isn't much of a problem.  Also Read - Bhojpuri Bombshell Monalisa Shares Her Hot Pictures With Her New Audi And Hubby Vikrant Singh Rajput