Country’s top luxury carmaker Audi India today launched the third generation Audi TT 2015 coupe in India. Priced at INR 60.34 lakh (ex-showroom Delhi & Mumbai) is based on Volkswagen’s MQB platform and the German carmaker claims it to be driver focused, innovative and progressive. Since its first arrival in 2008 the car has been considered to be among the most popular sports cars in India, especially for affordable price point and the subtle similarities to Audi’s flagship supercar R8. Similar to its predecessor, the new generation TT will also come in two variants - Audi TT and Audi TTS, but as of now Audi has shown no signs of a plan to launch the TTS variant in India.   Here’s a brief history of the car and everything that you need to know about the Audi's iconic TT Coupe: 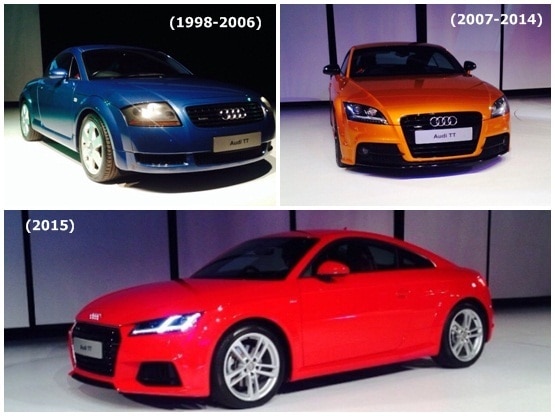 First introduced as a concept in 1995 at Frankfurt Motor Show, the actual production model of the Audi TT came to the markets in 1998 followed by a Roadster version in 1999. Though initially Audi did not offer any type of automatic transmission option, the 2003 TT variant sold in United Kingdom became the first car to come with a dual clutch six-speed Direct-Shift Gearbox (DSG).

The Earlier TTs in Europe reported crashes and related fatalities that occurred at speeds in excess of 180 Kmpl, during abrupt lane changes or sharp turns. Both the Coupé and Roadster models were recalled in late 1999/early 2000, to improve predictability of the car's handling at very high speeds. This is when Audi incorporate the Electronic Stability Programme, and rear spoiler along with suspension modifications. All changes were subsequently incorporated into future series production versions of the car. The original generation Audi TT was nominated for the North American Car of the Year award for 2000. It was also on Car and Driver magazine's Ten Best list for 2000 and 2001. 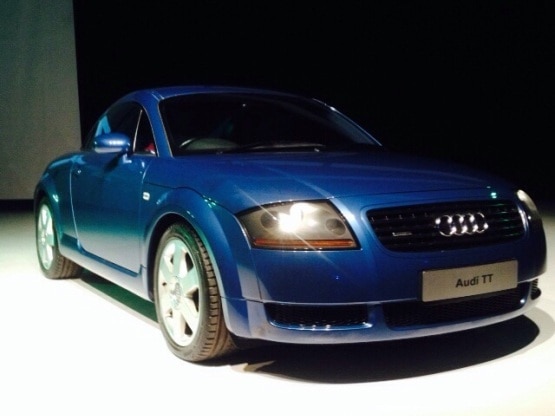 The first generation Audi TT in its 8 years of existence (1998-2006) largely used a 1.8-litre turbocharged engine with optional Quattro technology, which went through a number of tweaks over the years for better power outputs. The 1.8-L was an inline four-cylinder 20-valve engine that was offers in two variants churning out a power output of 180PS and 225PS. Though both the engines share the same fundamental design, but the 225 PS version features a larger K04 turbocharger, an additional intercooler on the left side (complementing the existing right-side intercooler), forged connecting rods, a dual tailpipe exhaust, and a few other internals – designed to accommodate the increase in turbo boost. Additionally in 2003 Audi introduced a new 250PS, 3.2-litre VR6 engine complimenting the original four-cylinder engine. 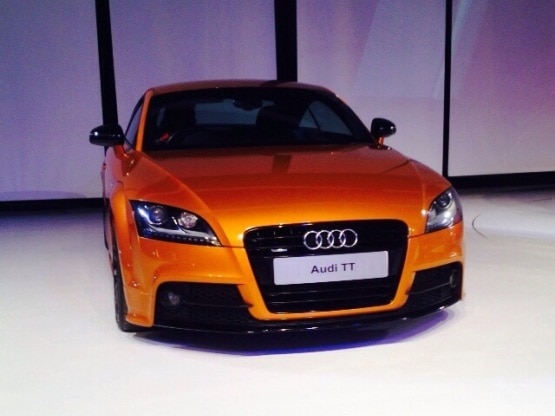 The second generation Audi TT is where all the fun came in because that is when Audi introduces the popular 2.0-litre TFSI (Turbocharged Fuel Stratified Injection) engine that we find in current Indian model. Also it was the first TT to be launched in the Indian market. Though initially the 2007 Audi TT was launched with the same 1.8-litre inline four-cylinder engine with the addition of TFSI technology, later in the 2.0-litre version was introduced, but was only sold in Germany. Later in mid 2009 Audi introduced the new variant in the international market. The engine came mated to a six-speed manual transmission as standard but offered the Direct-Shift Gearbox only in the 1.8-L version.

In 2008 Audi introduced the first diesel engine version of Audi TT in the European market, the Audi TT 2.0 TDI Quattro, which was available in both Coupé and Roadster versions. The new 2.0-litre Turbocharged Direct Injection (TDI) engine, now with 16 valves, double overhead camshaft (DOHC), 1,800-bar (26,110 psi) common rail fuel delivery and eight-hole piezo fuel injectors, which produces a 170 PS at 4,200 rpm and torque of 350 Nm at 1,750 to 2,500 rpm. It included a six-speed manual transmission. 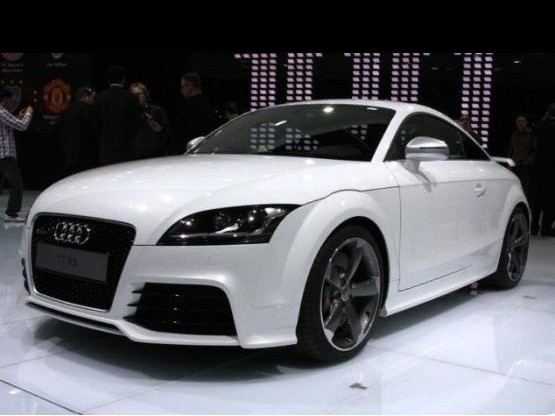 The same year Audi came up with the first TTS Quattro with a heavily revised 2.0 TFSI engine with modified cylinder block, cylinder head and fuel injector. The new TTS produced a massive power output of 272PS with the peek torque clocked at 350Nm. Official performance figures for the sprint from standstill to 100 Kmpl for the TTS Coupé can be reached in 5.4 seconds, with the Roadster two-tenths slower at 5.6 seconds. Top speed is electronically limited to 250 Kmpl.

Audi released the first compact sports car variant of the TT series – Audi TT RS in 2009, which similar to its regular counterpart was offered both in Coupe and Roadster options. Based in Audi’s legendary 1980 Audi Quattros, the new TT RS came with a high-performance 2.0-litre inline five-cylinder TFSI engine. The new high-performance engine churns out 340PS of power at 5,400 to 6,700 rpm, and torque of 450Nm at 1,600–5,300 rpm. 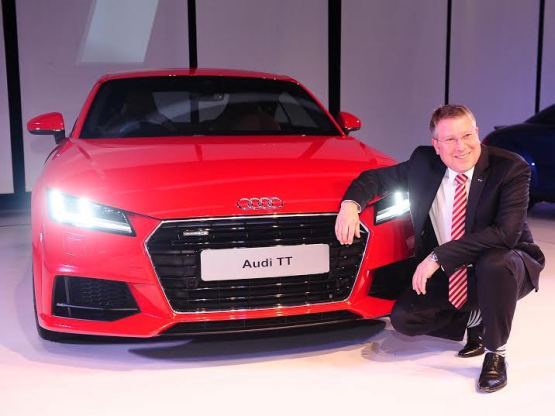 The new Audi is as spectacular as its predecessors. While overall the car carries the same look and feel of the first and second generation TT, there are some exclusivities that sets it apart. Unlike the curvy body of the first-gen TT, the new 2015 model looks much sharper via its cutting edge design. The new Audi TT comes with an aluminium body along with the usual bulging wheel arches.

Under the bonnet of the 2015 Audi TT is a 2.0-litre TFSI petrol engine that churns out a maximum power output of 230PS and a peak torque of 350Nm. Power is transmitted to all-wheels via Audi's Quattro wheel drive system via a six-speed dual clutch automatic transmission. The vehicle accelerates to 100kmph from zero in a mere 5.3 seconds. It is claimed to return a decent mileage of 14.3kmpl.

As for the powerful TTS version, it produces a massive power output of 300 PS and can do the same 0-100 kmph sprint in nearly 4 seconds. Both the engines come mated to a 6-speed dual clutch automatic transmission. Efficiency Audi claims the sports car can return up to 14.3 Kmpl, which is not really a problem considering the fact that it is made for serious aficionados and not for efficiency seekers.