One of the initial parts of the action spy series, Mission Impossible that features the character Ethan Hunt played by Tom Cruise chasing Thandie Newton playing the role of Nyah sees an interesting car chase between both leads. Though it lasts only for a couple of minutes in the movie Mission Impossible II, still at its time in the year 2000 it was regarded as one of the best sequences that featured two German rivals Audi TT as against Porsche 911. 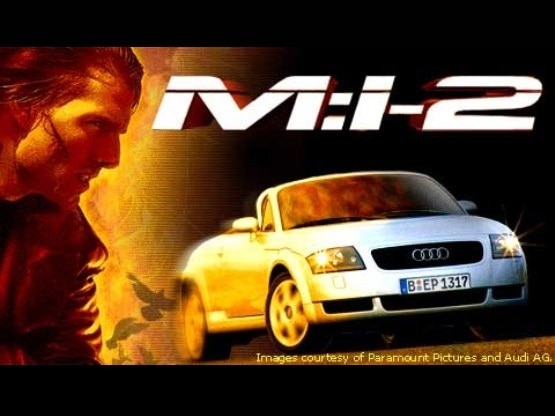 Nyah in this particular clip tries to take the lead in her Audi TT (Mk1) roadster as a part of the introduction given by Hunt in a Porsche Boxster. What transpires is a nail biting and edge of the seat kind of a situation that sees both cars rubbing against each others as guided by Nyah in the first place followed by Hunt who is out there to make an impression and a point to his lead actress.

Having rammed into each other on couple of occasions with oncoming traffic, the scene comes to dramatic end where both cars cling to each other going about doing 360's before coming to a halt at the very end of a cliff. Having stopped at the very edge, Nyah is instantly thrown out of her Audi off the cliff with just the door acting as support moments before Hunt comes and saves her life. 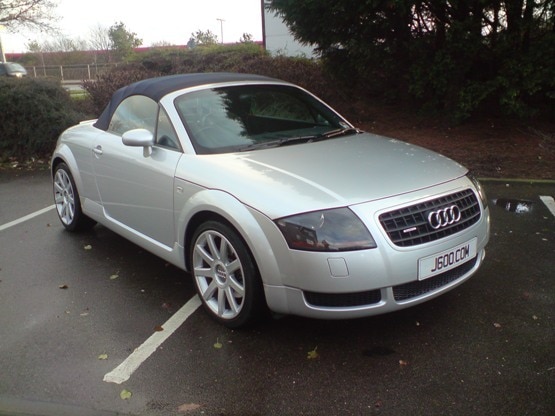 It was only after this movie that Audi TT became synonymous with the word sports car and was in the top of the mind of any English movie buff, car enthusiast and even the lay man for that matter. So what was the TT back then, it was the first generation sports from Audi which was offered in both Coupe as well as a Roadster version. Based on Volkswagen Group A4 (PQ34) platform, Audi TT (MK1) bore a curvaceous design which was liked by many in both the formats (Coupe & Roadster).

It was powered by a 1.8 litre four cylinder turbocharged petrol engine that gave out two variation of power output, one being 180 PS and the other 225 PS. However the charm of a convertible clubbed with a glamorous personality did do the job for Mission Impossible franchise and Audi as a whole.