Recent spate of strikes has them worried 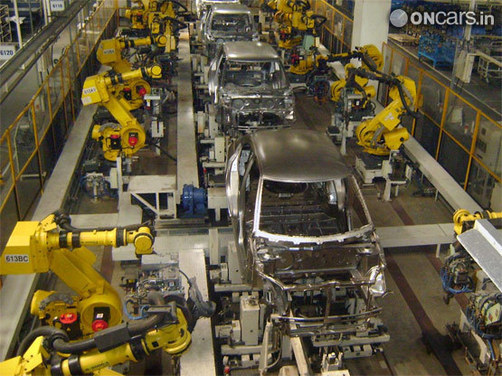 Automobile manufacturers are worried by the recent spate of strikes that crippled the production of Maruti Suzuki and MRF, two of the leaders in their fields. The Maruti Suzuki strike had the Manesar facility  shut down for almost two weeks and the lockout at MRF's Kottayam plant in Kerala had it shut for a few days. Also Read - Indian-Born British MP Lisa Nandy Launches Bid to Succeed Jeremy Corbyn as Labour Party Leader

With India fast becoming a small car export hub for worldwide majors like Suzuki, Ford and Nissan, it is necessary for the country to have flexible labour laws that allow the company to lay off workers in lean times. Currently hiring workers on a contract basis is the only way out of this, and this means insecurity and lower wages for the employee. The companies try and employ as many contract workers as possible for obvious reasons, and this doesn't sit well with the unions.  Also Read - Maruti Passes on Tax Cut Benefits to Consumers: Know Which Cars Are Becoming Cheaper

If the labour issue isn't addressed soon and to the satisfaction of all concerned, the confidence of the auto majors could get shaken and this will eventually affect investment in the country – and waiting periods for your car (as in the case with Maruti) will only get longer.