Bajaj Auto, the leading two-wheeler maker, seems aggressive with its product strategy for the growing Indian two-wheeler market. The company is betting big on its Pulsar brand, and is planning to introduce a range of Pulsars in the country. After launching the new Pulsar range- AS200, AS150 and RS200, the homegrown automaker is getting ready for the launch of the much-awaited Pulsar 150NS. If reports are to be believed, the new 150NS naked bike will go on sale in the country in June or July, 2015. 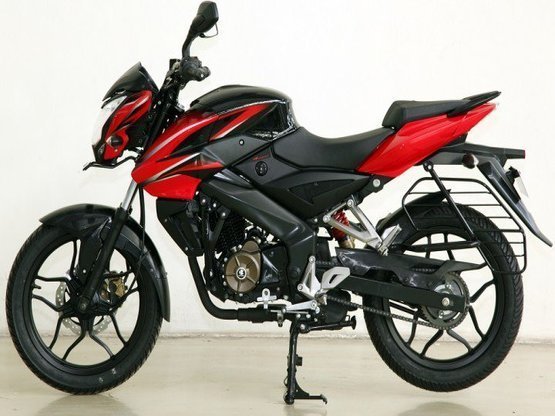 Adding to it, Bajaj Auto will also launch three new Pulsars- 180NS, RS400 and CS400, and 2015 Avenger facelift in India this fiscal. The Pulsar 150NS is expected to replace the ageing standard Pulsar 150. The new model will be based on the new perimeter frame that also underpins the AS150. It will share styling cues with the larger 200NS. Also Read - Bajaj Pulsar 150NS launching soon; expected price & specs

It will be powered by the same 150cc, 4-valve, and twin-spark DTSi engine that also powers the AS150. This engine is capable of producing 16.8bhp of power at 9,500rpm and 13Nm of torque at 7500rpm. Power will be transmitted to roads via a five-speed gearbox. The bike has sporty design, new instrument cluster and split seat. It will ride on 17-inch wheels covered with 80/100/R17 tyres up front and 110/80/R17 at the rear. The suspension mechanism comprises of telescopic up front and monoshock at the rear.

The new Pulsar 150NS will target mass buyers; we expect it to be priced about Rs. 75,000. It will compete against the likes of the Suzuki Gixxer, Honda CB Unicorn and the Yamaha FZ.