BMW, Mercedes and Audi continue to sell in good numbers 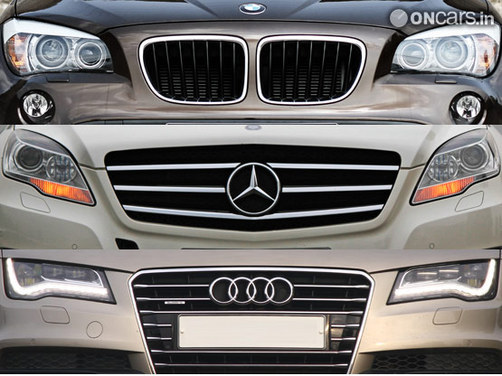 Where most Indian manufacturers posted the biggest dip in sales in the last two years, the three major luxury car makers have announced increase in sales in the month of June. Also Read - India to be Under Lockdown For 21 Days, Confirmed COVID-19 Cases Spike to 536

BMW has been the leader in the race of the three manufacturers. BMW sold a total of 890 cars in the month of June. Almost 45 per cent of the total sales from BMW was accounted for by the X1 which sold 403 units. The 5-series has also seen a steady rise in sales figures with a total of 246 units being sold. BMW has sold a total of 4,524 units this year in the period of January to June which is almost a 200 per cent rise over the same period in 2010. The company targets on selling 10,000 units by the end of this year.

Following is the model-wise breakup for the month of June.

Mercedes-Benz sold a total of 565 cars in the month of June registering a 46 per cent growth over the same period last year. The top seller for the German brand has been the E-Class which sold a total of 231 units. Mercedes-Benz India has seen a record 58 per cent rise in sales in the period of January to June 2011 over the same period last year. The company has targeted a sales figure of 10,000 units by the end of 2011.