BMW reveals i3 and i8 concepts at Frankfurt

Reaffirms the fact that electric propulsion is the way forward 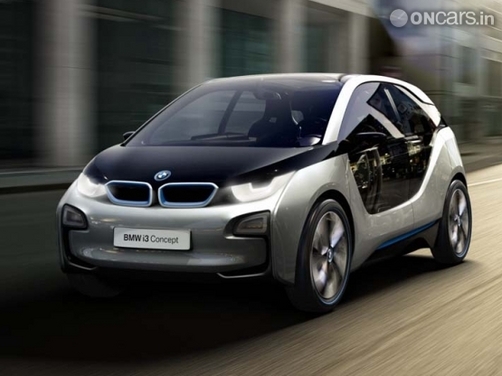 BMW has finally taken the wraps off their electric car-concepts at Frankfurt – and boy, are we impressed! What took birth as the Megacity concept is now the i3 concept that rapidly heading towards production reality. On the other hand, a sleek and beautiful i8 concept is born with inspirations from the BMW Vision Efficient Dynamics.

Both these concepts present the future of BMW’s electric propulsion plans and a lot more. The i3 and the i8 follow something called the ‘LifeDrive’ architecture. While the ‘Life’ refers to the passenger vault of the i3 and i8, the ‘Drive’ refers to the mechanical module that drives the car. The ‘Life’ vaults on both the cars are created with carbonfibre and aluminium to give the chassis a structural rigidity while maintain a lightweight architecture. While these conceptual designs may not make it to production, BMW will emphasise of making the passenger vault as roomy and transparent as possible. 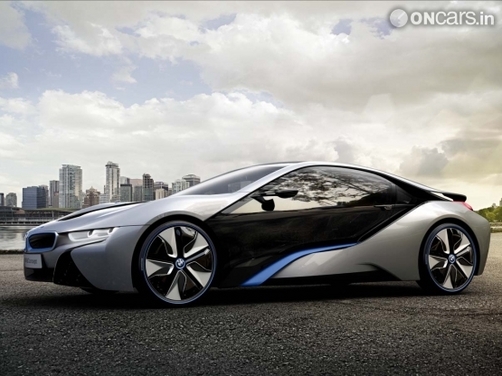 The ‘Drive’ module will consist of the suspension, safety components and the electric propulsion elements like the battery and the drivetrain. The i3’s electric motors will manage to put out 170 PS of power and 250 Nm of torque. 0-100 km/h will come in under eight seconds with a limited top speed of 150 km/h. The electric propulsion in the i3 can also be mated to a small petrol-powered engine which will only be used for charging the battery pack and in turn, extending the range of the vehicle.

While the i3 is a smart hatchback EV, the i8 on the other hand will be a plug-in hybrid sportscar with a 1.5-litre three-cylinder petrol engine mated to the electric propulsion system. The unit will put out 220 PS of power and 300 Nm of torque. With the aid of the electric motor, the i8 will manage to sprint from naught to 100 km/h in under five seconds.

With the technology and direction in place, the i3 and i8 concepts will now start shedding their conceptual bits to transform into production ready models. So stay tuned as we bring you more info on the two!