BMW turns to lasers for lighting

LED lamps to go out of fashion. Maybe. 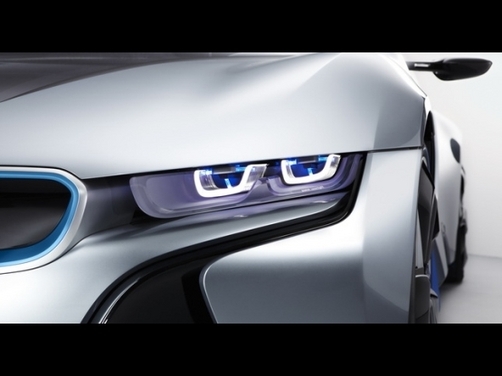 We're still going ga-ga over Audi's all-LED lighting system for some of their models. BMW is already looking at the next step: laser lamps to light up the road ahead. Why laser lighting? For one thing, they're more efficient than LEDs – 170 lumens compared to 100 lumens from an LED – and they can focus their light much better than LEDs since they're coherent light sources. This means the small headlamps you see on concept cars will be possible – maybe we can have a new version of the Dodge Charger R/T but without the parts of the grille having to rotate for the headlights to turn on. Also Read - Drunk Noida Man Parks His BMW on Roadside to Urinate, Thieves Flee With The Car

Maybe BMW has been following the progress of the lasers being developed by BAE systems of USA, who spent two weeks in the beginning of January testing a crystalline Neodymium Yttrium Aluminium Garnet laser as a floodlight for Naval vessels – specifically to blind pirates. The unit they tested was good for a 2km range, and any closer would create permanent damage to retinae. It also works just as well in the day as it does at night.  Also Read - Salman Khan Gifts Rs 1.5cr BMW M5 to Dabangg 3 co-star Kichcha Sudeep, Here’s How Actor Reacted

Another interesting feature that laser lighting can achieve in cars is cornering lamps without the complex motor-and-lens systems today's projector units use. They can also highlight pedestrians by literally putting a 'spotlight' of sorts on them. This will also be possible thanks to laser lights. BMW plans to debut the laser lighting system on its i series of cars, beginning with the i8 concept.

We're wondering if at some stage we'll be able to get an 'overboost' function for the lamps to zap pesky rickshaws that don't give way. I've just one request, BMW: when those lights go on sale, could you please make a lightsabre an optional extra?