Bugatti Chiron and Vision GT Concept get their first buyer

The Bugatti Chiron and Vision GT Concept have been acquired by the Prince Badr bin Saud of Saudi Arabia with an undisclosed amount which is believed to be the most convincing bid to add them to his impressive collection in Saudi Arabia. 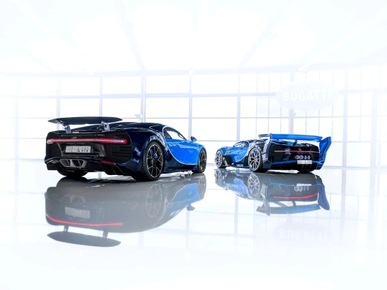 Bugatti, a well known French high performance oriented automaker owned by Volkswagen Group created an uproar in the automobile market by unveiling the Chiron at 86th Geneva International Motor Show. This sports car derived its name in honour of the Monegasque driver, Louis Chiron and the 1500 horsepower generating sport car is not sale yet as it is not production ready but Prince Badr bin Saud of Saudi Arabia can get his hands on it as he recently purchased this one-off versions of the upcoming hypercar along with Bugatti Vision Gran Turismo concept.

Being the successor to Bugatti Veyron SS, it has borrowed most of its parts from its predecessor. However, Bugatti Vision Gran Turismo concept was showcased at Frankfurt Motor Show 2015. 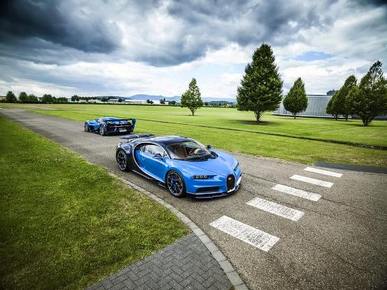 Bugatti has confirmed that the Prince acquired both one-off models with an undisclosed amount which according to the company was the most convincing bid for purchasing the exotic pair. However, we anticipate that the price for both the pair is likely to be more than $5 million. Moreover, the Prince also posted a photo of the recently bought Bugatti Vision Gran Turismo concept on his Instagram page along with Chiron concept.

As far as the powerhouse is concerned, both these models are powered by the quad turbocharged 8.0 litre W16 units while its power figures and engine specifications remain unknown. The recently purchased models will be showcased for the first time at the Pebble Beach Concours D'elegance which is scheduled for 21st of August. 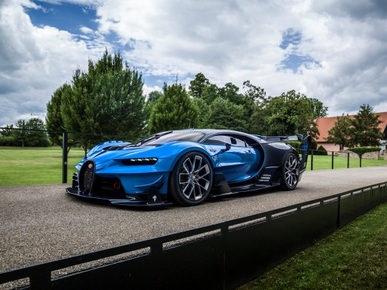 Moreover, a production limit of 500 units for Chiron has been set by the company with few lucky customers already started taking deliveries. Under the hood, it comes equipped with 8.0 litre W16 engine with quad turbo charging that assists the engine to develop a astounding 1480 bhp of maximum power against the peak torque of 1599 Nm. The Chiron sports car can easily sprint to three figure mark in less than 2.5 seconds prior attaining the top speed of 420kmph. Dimension wise, it gets a length, width and height of 4544mm, 2038mm and 1212mm respectively along with wheelbase of 2711mm.