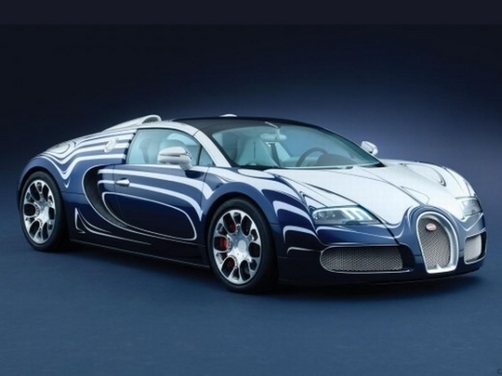 Bugatti has regained the record for the most expensive production car with a Grand Sport that was so expensive, they even issued a press release about it! The Bugatti veyron Grand Sport L'Or Blanc has cost the owner USD 2.4 million. The buyer is an unidentified businessman from the United Arab Emirates who Bugatti claims has a collection of about 800 cars.  Also Read - LEGO bolsters market presence in India with new launches

The car is painted in white with royal blue lines curving along the exterior. Bugatti claimes that this vehicle is the first one to be equipped with porcelain. Berlin-based KPM, a 248-year-old company that has been in the porcelain business since King Frederick the Great ruled Prussia, worked with the car manufacturer for the porcelain inserts. There are twelve elements of the clear material, including wheel badges, fuel cap, oil cap, a panel depicting an elephant standing on its hind legs mounted between the seats, and a porcelain dish in the centre console. This is intended to be used as a caviar tray when used along with an ice bucket, part of a designed picnic set. Now the owner can have his caviar and eat it, too. Also Read - Will Messi quit the international stage after Argentina World Cup pain?