French supercar marque Bugatti sells off the last Veyron marking the end of a remarkable 10-year production run of the 400 kmph supercar. The final and 450th Bugatti Veyron, christened as ‘La Finale’ was a Grand Sport Vitesse and has been sold to an anonymous Middle East customer for an unknown price. The La Finale along with the first Bugatti Veyron, which was a 16.4 coupe, will be showcased at the 2015 Geneva Motor Show next month to officially mark the end of its reign. 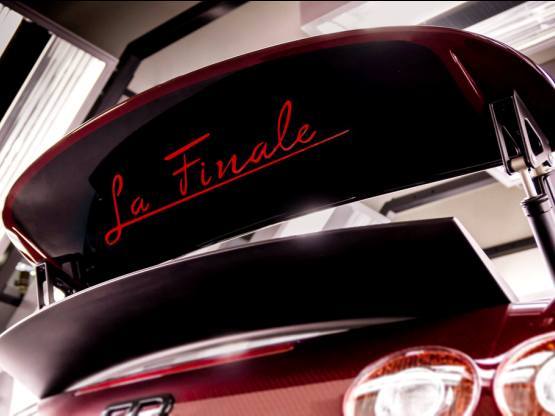 First introduced in 2005 the Bugatti Veyron created a benchmark for all the supercar and sportscar manufacturers across the globe. Titled as the world fastest road legal supercar the Veyron has been known to mark a top speed of 404 kmph and on several occasions has been put through speed tests against not just supercars but fighter jets too.

The last Bugatti Veyron ‘La Finale,’ a Grand Sport Vitesse attains its power from a quad-turbocharged 8.0-litre W16 engine delivering a massive 1199 PS of peek power and 1499.5 Nm of peek torque. According to reports this Grand Sport Vitesse can clock a top speed of 402 kmph and can probably do a 0-100 sprint in 2.6 seconds. 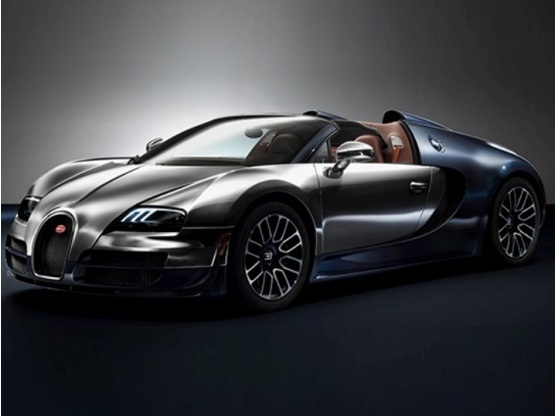 Though there is no revelation as to what this final produce of this legendary car costed the buyer but we can defiantly put our speculation to work that gives us an estimated price of $2.6 million, which is close to INR 16.12 crores.

Though the makers have not yet disclosed much in detail, but the next-gen car will likely be called the Chiron. This successor of Bugatti Veyron is expected to be lighter and may come with an engine that delivers an incredible 1500 PS, a 25 % stronger than the Veyron's top 1200 PS 8.0-liter W-16 beast. Experts also feel that the successor, Bugatti Chiron is likely to be a hybrid hyper car like the recently launched Ferrari LaFerrari, McLaren P1 and Porsche 918.