City back on top of the game, Beat diesel eats into its petrol siblings’ sales 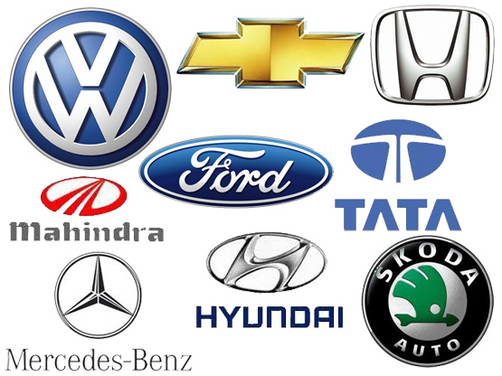 Sales for the month of August have been quite cold considering the rise seen in the earlier months. Owing to hike in petrol prices and steep rise in interest rates, sales haven’t really picked up since the huge fall in July. Also Read - Auto Expo 2020: Volkswagen Unveils Concept Electric Vehicle ID CROZZ

The biggest player in the market sold a total of 77,086 units in August. The highest selling car once again has been the Alto with 23,170 units sold followed by Wagon R, Dzire and Swift which sold 10913, 7856 and 7,511 units respectively. Things continue to look bleak in September as well with the disruption in production at the Manesar plant due the workers unrest.

Tata sold 43,506 units in August.  The biggest disappointment of the month was the Nano which sold just 1202 units, down from 3,260 units in July. Tata Indica Vista sales have gone up from 5,860 in July to 7,206 units in August. The introduction of the new Vista should help keep the numbers up this month.

Hyundai sold 26,677 units in August and continued to be the third largest car manufacturer in India.  The i10 was the star performer, selling 9,185 units followed by the 6,955 units of the Santro which rose by 1,546 units. The new Verna continues to sell in the 4000 range for the fourth month in a row. Sales of the Hyundai’s premium hatch i20 are slowing down and has come to 5,374 units in August.

Toyota’s total sales accounted to 11,679 units for August where Innova continued to be the highest selling car with 4,303 units. New entrants, Etios and Liva in their petrol versions sold 2,708 and 2,816 units respectively.  Sales figures can be expected to shoot up with the soon-to-be launched diesel variants of the cars.

Chevrolet sold 9,012 units this August and the Beat diesel continues to be the best seller for this month again with 4,676 units. Spark sold a total of 1,297 units in August which is 202 units down from July. Tavera sales have gone up by 217 and sits at 1,912 units.

Ford’s biggest numbers came from Figo with 5,204 units in August. The total sales figures add up to 8,914 units for the month. Fiesta Classic sales went up by 282 to total of 1,544 units for August. Ford’s new Fiesta sold just 401 units which can be blamed on the over-optimistic pricing compared to the competition.

Honda is back on the track and the Honda City sales have brought the huge numbers back to Honda in spite of lacking a diesel engine. City sold a heavy 5,819 units in August, which is the highest since the catastrophe that hit Honda in March. Honda Jazz also saw a hike in sales owing the stock clearance discount on the older variants got before the launch of the face-lifted Jazz. The sales of the Jazz can also be expected to go up this month with the new prices. Honda sold a total of 6,904 units in the month of August.

Volkswagen’s total sales for the month of August added up to 6,091 units, with 2,615 units and 3,019 units from Polo and Vento respectively. Volkswagen’s new premium sedan Jetta sold 319 units this month which a healthy rise from the previous 109 units in July.

Skoda’s sales for the month of August added up to 1,812 units with only Fabia clocking 1,108 units. Sales for the entire model range dropped marginally for Skoda in August.