The images reveal the exterior and interior design of the 2017 Chevrolet Beat, which is due to launch in mid-2017.

The Chevrolet Beat has been a constant in the bustling market of Indian hatchbacks since it was launched in 2009. After a 2014 facelift , the peppy car is set to get its next big update, and new spy photos have revealed glimpses of the upcoming version, The 2017 Chevrolet Beat will likely launch by the middle of next year, and this will mark a rather overdue facelift for the popular car. The Beat s success is largely because of its offbeat looks. Despite the years, it can still grab a few eyeballs even today. How well, then, will the new design stack up. Will Chevrolet get rid of the Beat s design, which has honestly been one of its biggest USPs? Only time will tell. For now, these latest spy shots show that the Beat may be following the same design beat as the Beat Activ and Essentia models, which were revealed earlier in 2016. Also Read - Cristiano Ronaldo Transfer Update: Chevrolet to Finance Juventus Star's Return to Manchester United 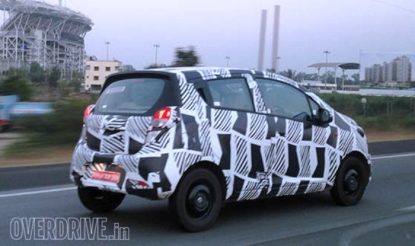 The spied Chevrolet Beat is naturally covered in camouflage lines, but it would seem like the 2017 model will come with a revised front face, new wheel design and tail light assembly. The big bold headlights seem to have been shrunk a little, but the dimensions of the car largely appear unchanged. The outgoing Beat boasted of 175 mm of ground clearance, 170 litres of cargo volume, 3,640 mm in length, 1,595 mm in width and 1,550 in height. The wheelbase was 2,375 mm. It would be interesting to see how Chevrolet India has played around with the dimensions of the new Beat, and if the changes are significant. The Beat, for all its peppiness and style, has been among the smaller hatchbacks in the market. 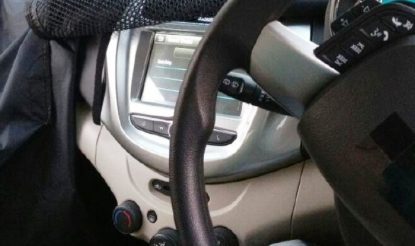 The photos also include glimpses of the interior of the car, which remains largely same in terms of layout. The dashboard gets some silver accents, and the interior has a dual-tone scheme. For a premium touch, there are chrome bits around the AC vents. The centre console and steering wheel comes in matte silver colour scheme while lying dead centre is a nice touch-screen infotainment system. Chevrolet is likely to add its MyLink2 infotainment system along with Android Auto and Apple CarPlay support. Other spied titbits include audio controls on the steering wheel, power mirrors and a foldable key. The instrument cluster remains analogue, but gets a cool blue backlight.

Based on these photos, it seems like the new 2017 Chevrolet Beat is running along the same lines as that of the American model which was revealed earlier this year. As for the power-train, expect no changes. The same 1.2-litre petrol engine and 1.0-litre diesel unit will be in use, churning out 75 bhp and 57 bhp of power along with 106 Nm and 142 Nm of peak torque respectively.