Chevrolet has cancelled its plans for launching the Spin MPV in India; instead it will bring the Beat Active soft-roader soon 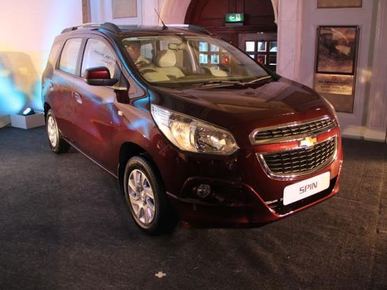 Chevrolet has put a permanent halt on its plans for bringing in the Spin MPV to India. In a communication released by the American manufacturer today it said that this decision was taken keeping in mind the current demands by its customers. As a replacement, the company will now be bringing in the Beat Active sooner than it was expected. General Motors confirmed that it will put the soft-roader into production which was showcased as a concept at the recent Delhi Auto Expo 2016. Also Read: 2017 Chevrolet Beat Active Cross Concept: All you need to know Also Read - Aryan Khan Bail Plea Hearing Live Updates: Will Bombay HC Grant Bail to Shah Rukh Khan’s Son?

The company believes that there is a changing trend in the automobile market and that more and more people are rooting for small cars which offer varied capabilities. Along with the Beat Active soft-roader, Chevrolet will also launch the new Beat hatchback and the Essentia compact sedan.  GM India President and Managing Director Kaher Kazem said “These new Chevrolet vehicles clearly demonstrate we are listening to our customers and are being led by their desire for small cars with more content and choice,” said Kazem. “They were distinctly developed for the Indian market. However, there is no doubt they will have global appeal.” Also Read - IPL 2022: Should Ravindra Jadeja Leave CSK And Lead Ahmedabad? Brad Hogg to a Fan Question 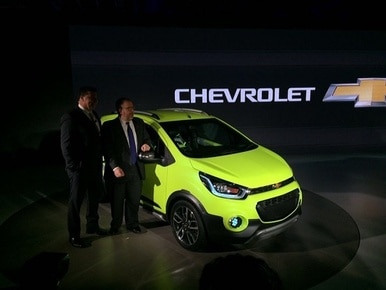 With dwindling sales in India, General Motors main focus has slowly shifted towards exporting units from our country to its other global markets. Currently the Chevrolet exports to around 40 countries worldwide and managed to export around 21,000 units during 2015 and expects to increase this number to 50,000 soon.