Nissan will launch the Datsun GO Cross crossover in the country in 2017. It will rival against the Mahindra KUV100 and the Maruti Ignis. 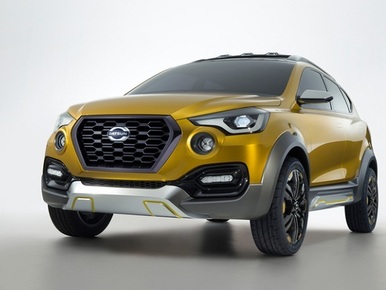 Nissan's low cost brand, Datsun has recently launched the new Datsun redi-GO Urban Cross in the country. The Japanese automaker is also planning to launch a compact crossover based on the GO Cross concept. The Go Cross concept was unveiled at the 2016 Auto Expo, and the vehicle had received an excellent response from visitors as well as critics.  Also Read - Amazon Employees Booked For Fraud & Hacking of Prime Customer's Account

After receiving an excellent response for the concept, Datsun has fast-tracked the launch of this crossover. According to AutoCarIndia, the vehicle is now expected to be launched in the country in 2017. The company aims to achieve an aggressive pricing for the sub-4 metre crossover. It is expected that the GO Cross will get similar kind of infotainment system offered in the top-end Renault Kwid hatchback. Adding to it, Datsun also plans an updated version of the GO twins with improved cabin. Also See- Datsun Go Cross Photo Gallery Also Read - Another Day, Another Crime in UP: Minor Girl Raped, Killed & Set Ablaze; 2 Accused Held 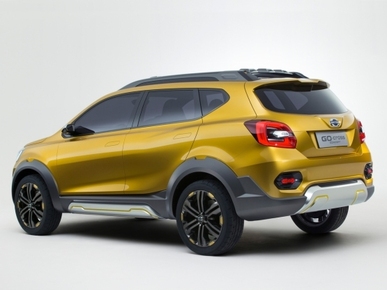 Datsun also aims to further reduce the cost of the GO Platform on which, the Datsun GO Cross crossover will be developed. The company plans to industrialize many of the components that are assembled in the country. Report further suggests that Datsun is aiming to price the crossover at around INR 4.4-4.6 lakh (base variant). Compared to GO+ MPV, the Cross gets expensive cladding, roof rails, LED lights and scuff plates. These components are expensive in nature and will increase the price of the crossover.

The Datsun GO Cross is expected to be launched in both petrol and diesel fuel options that include 1.2-litre petrol and 1.5-litre diesel. Both manual and an AMT transmission options will be on offer. The vehicle will rival against the likes of the Mahindra KUV100 and the upcoming Maruti Suzuki Ignis.