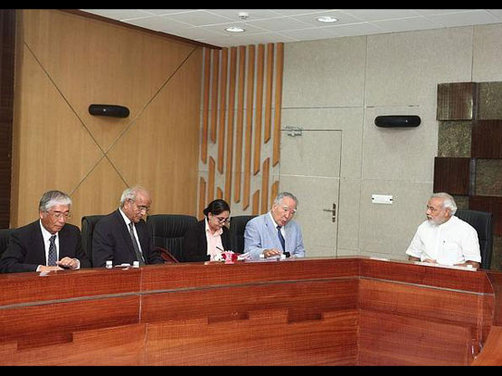 India’s largest car maker  is facing persistent labour issues at its Manesar plant for the past few months. While production of most of its models have been affected, the strain is probably most felt by the newly-launched Swift. Also Read - Sensex Holds 39K, Nifty Tops 11,600: Auto Sales Likely to go up in Festive Season

The company has been mulling on a third plant for a while now and it seems like following Tata’s and Ford’s example, they have zeroed in on Gujarat. MSIL has announced that they will take a final decision by late October. However, MSI hasn’t yet decided on where the new plant will be setup in Gujarat. Suzuki Motors Corporation chairman Osamo Suzuki met Gujarat CM Narendra Modi earlier this week to discuss the finer details. Also Read - Suzuki's Alex Rins Snatches Victory From Marc Marquez in British MotoGP

Currently, company has a total production capacity of 1.7 million units per year from the Gurgaon and Manesar plants. If all goes per plan, Maruti Suzuki will start production from the new plant between 2014 to 2016.