On-board ignition for F1 cars to become mandatory too 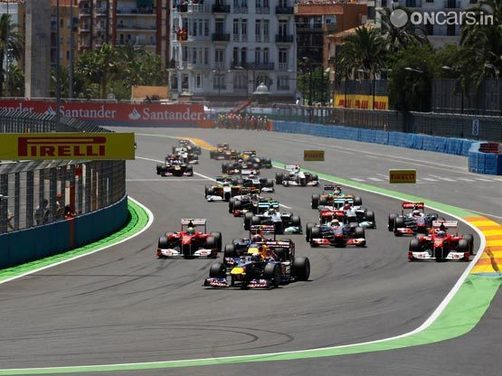 Formula One and FIA’s ‘go-green’ campaign seems to be at an all time high now. A few weeks back we told you about FIA’s ruling of downsizing the Formula One engines from the current V8s to 1.6-litre turbocharged six cylinders by 2014. The ultimate automotive racing fraternity has now thrown in a few more rules and regulations to make the F1 cars greener. Also Read - Suzuki-powered Caterham Seven 160 offers old school thrills

While KERS is here to stay, it will now have to be upgraded to a rated output of 120KW. As per the new ruling, the Formula One cars will now have shift to complete electric propulsion when driving through the pit-lane. This will also require the engine to be shut off with absolutely no fuel supply. The 2014 Formula cars will be required to have an onboard ignition system to facilitate the KERS-enabled purely-electric propulsion while in the pits. The F1 cars will be allowed to cap energy from the exhaust gases as well. Also Read - BMW X4 to debut at Detroit Motor Show in January next year