Ferrari builds a bespoke 458 for a Niki Lauda fan

The special car gets the Italian flag on its roof, gold alloy wheels and customized interiors.

It's not just the LaFerrari that's in news, the 458 is too! But we are not talking about the Ferrari 458 Speciale here, we are instead talking about the regular version of the 458, one that's gone through some customization under Ferrari's Tailor Made program. Also Read - Max Verstappen Beats Lewis Hamilton to Take Pole Position For Bahrain GP 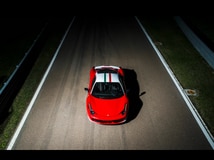 The owner of this specific car wanted to dedicate his Fezza to the legendary race-car driver and now one of the best known faces in Formula1, Niki Lauda. So, all it took was a 458 Italia, a designer from Maranello Style Centre and some dedication to make this car a lot more special. Also Read - Four-Time F1 World Champion Sebastian Vettel to Join Aston Martin in 2021 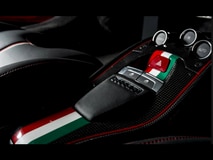 It gets livery reminiscent of Ferrari F1 racers from mid 70s, a white roof with Italian flag on it, gold alloy wheels (who said they look good just on Subaru?), customized interiors complete with red stitching and Italian flag motif on the seats and central tunnel.