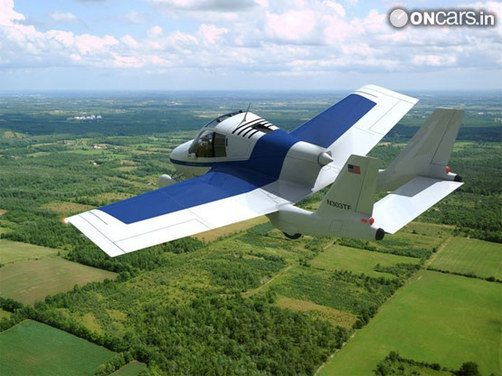 The Terrafugia Transition has overcome yet another hurdle to going on sale – the NHTSA has declared it road-legal as of June 30th. Special exceptions include letting it use plastic windows instead of the usual safety glass to reduce weight – these are strong enough to withstand impact by birds, so we see no problems there. It has also been granted permission to use heavier-than-usual grade of tyres, not normally allowed on multi-purpose vehicles.  Also Read - Are You Flying From Delhi, Bangalore, Hyderabad? Good News For You

The Transition was cleared for the skies last year by the FAA even though it is 50kg over the legal limit for light sport aircraft, the category under which it falls. The current launch date is late 2012 due to problems with suppliers.  Also Read - Woman Plunges Car Into River After She Hits Accelerator Instead of Brakes, Video Goes Viral

The makers claim that it is the world's first flying car with wings that fold up at the push of a button. We're compelled to point out that James Bond had something quite similar in the 1983 film Octopussy – although we're not sure if his wings folded up again.