Car will be auctioned for charity 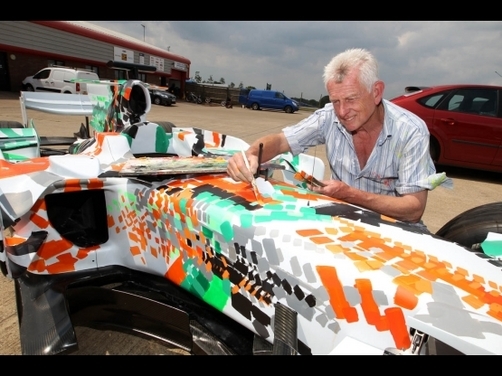 Say 'Art car' and most of us think 'BMW' – but that's only because the Bavarian manufacturer has commissioned more Art Cars than anyone else. The latest entrant into the world of Art Cars is none other than the VJM01-05, the Formula 1 car used in the 2008 season by the Force India Formula 1 team. Renowned motorsport artist Dexter Brown has been commissioned to paint the car, and he has done so by hand. The car will be signed by F1 drivers and dignitaries, with the first signature being Bernie Ecclestone being the first on Wednesday. Also Read - Former F1 Chief Bernie Ecclestone Wants 2020 Championship to be Cancelled Amid Coronavirus Outbreak

The car will be presented to the public after the race at Silverstone on Sunday, and it will be auctioned after the inaugural Indian Grand Prix. The proceeds from the sale will be split between the Great Ormond Street Hospital for childran and the Force India Driver Academy, which is currently looking for new driving talent across India.