Force One now available in 4×4 and base variants

The 4x4 variant gets a shift-on-the-fly 4WD system, just like the Tata Safari Storme. 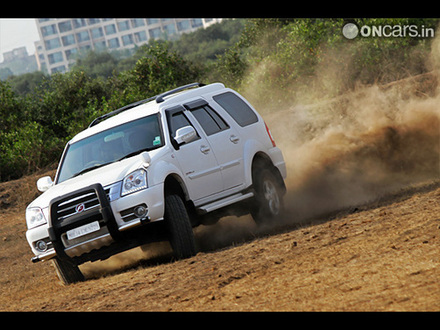 Force Motors has quietly slipped in new variants of the Force One SUV. The company has added a new base variant and a 4×4 version with ABS and EBD. The base or the low-cost variant, as we have known it up until now, is called the Executive (EX) and is priced at Rs 8.99 lakh ex-showroom, Navi Mumbai.

The new EX variant is stripped off of most creature comforts and features found in the Superior (SX) and Luxury (LX) variants. It loses out on day-time running lights, alloy wheels, RVM-mounted side indicators, leather seats, audio system with Bluetooth, all-terrain tires and cruise control. The car doesn’t even get remote locking, driver’s seat height adjust or a rear wiper. Talk about cost cutting!

Underneath, too, the EX variant has undergone drastic changes. The 2.2-litre FM-Tech engine from Mercedes is replaced by a 2.6-litre turbo diesel engine from the new Gurkha. The 5-speed gearbox, too, comes from the latter. The BS-3 compliant 2.6-litre unit makes just 80PS of power and 230Nm of torque. The EX variant is seriously down on power when compared to rest of the variants powered by the 2.2-litre Mercedes unit with 140PS of power and 320Nm of torque.

Besides introducing a new low-cost variant, Force Motors has also made a few changes to the rest of the Force One lineup. The SX variant is now offered with ABS and EBD as an option. The top-spec LX, meanwhile, is now available as a 4×4 with shift-on-the-fly 4WD system. 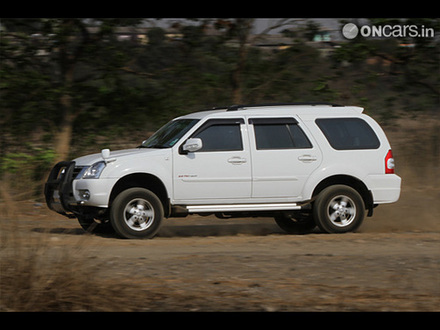