Ford India is all set to launch its ambitious compact car, the Figo Aspire in coming months. Being its first venture into the compact car segment, the company wants to create a whole new example. How will they do it? Well, with some aggressive pre-launch activity and an out of the box concept – “What Drives You?” 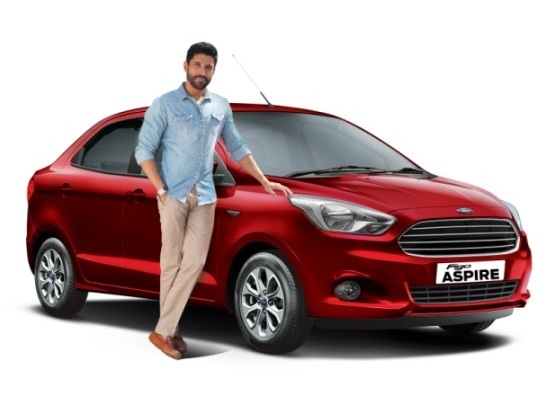 Apparently Ford India has joined hands with actor, singer, director Farhan Akhtar and has been asking the masses as to what is that one passion that drives them to do better in life at every stage. According to the company a similar passion to provide the best to its buyers has inspired Ford to build and Figo Aspire. But we have said enough watch the video and see what Farhan has to say. Also Read - 'Breathe With Me'! Farhan Khan, Shibani Dandekar's Loved-Up Underwater Pictures Are Full of Romance

Coming to the car itself, judging by what we have seen up until now, Ford is truly entering the market with a strong contender. The new Figo Aspire is equipped with some of the best offering in the segment, namely a new 1.2 litre Ti-VCT petrol engine, a powerful 1.5-litre TDCi diesel motors specially tuned for this car, which the company claims, and we quote “will blow your mind,” 6 airbags, which apparently is a segment first and much more. Also the car comes with a 6-speed PowerShift automatic gearbox, which plays an important role in providing a staggering fuel efficiency, which ford says will be one of the biggest USPs of the car. Also Read - Javed Akhtar on if He Finds His Children Smoking Marijuana: I Would Tell Them Not To Do It, It's Not Right 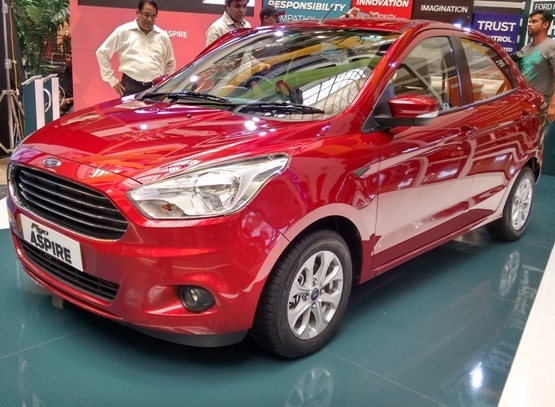 On the exterior front the car really has a premium feel to it. The front looks quite aggressive and stylish, thanks to cool Aston Martin like grille, swanky headlamp cluster the well-sculpted muscular bumper the perfectly houses the round black accented fog lamps. Though the size of the car does give out its compact nature, but style cues and accented lines can easily overpower that feeling.

Even though the car comes in the guise of a compact sedan, it wouldn't be an overstatement to say that the interiors are at par with most of the premium sedans in its segment. The dual tone dashboard is nicely sculpted and well-equipped. The upholstery looks premium and the ergonomics is quite pleasing.  The cabin will be designed with beige finishes while the centre console and door handles, which houses the power window switches is done in black.