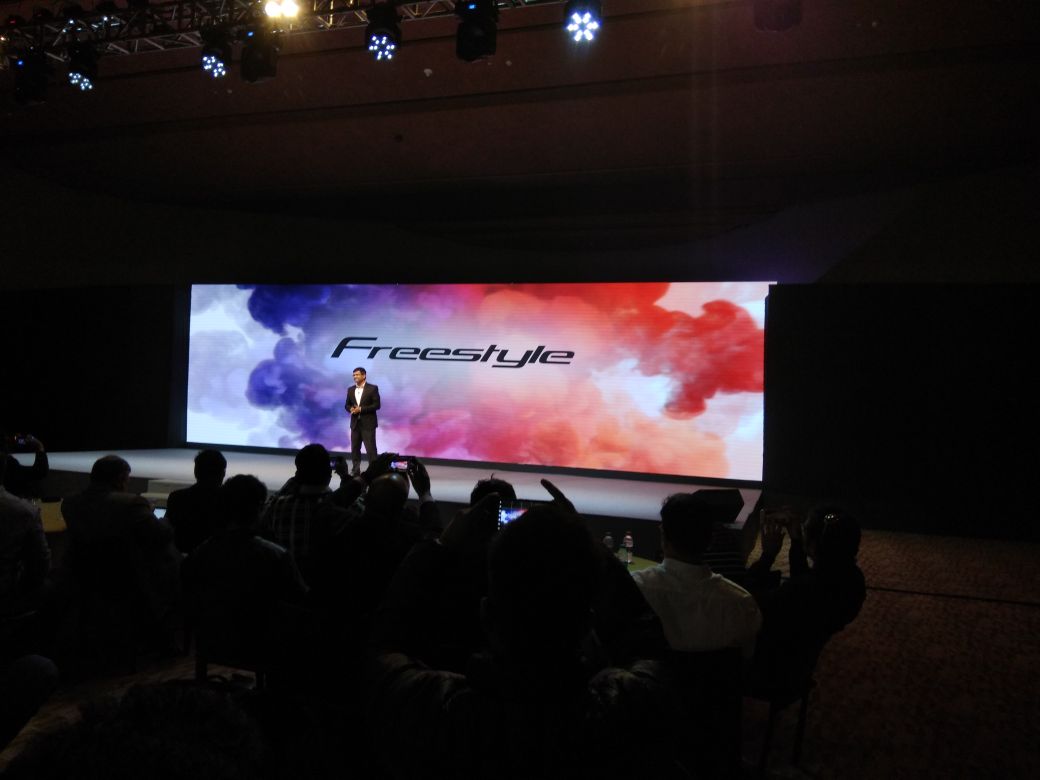 01.13 pm:  The new compact Utility vehicle from Ford India is called as Ford Freestyle. Stay tuned to the updates, as we bring more details from the event. 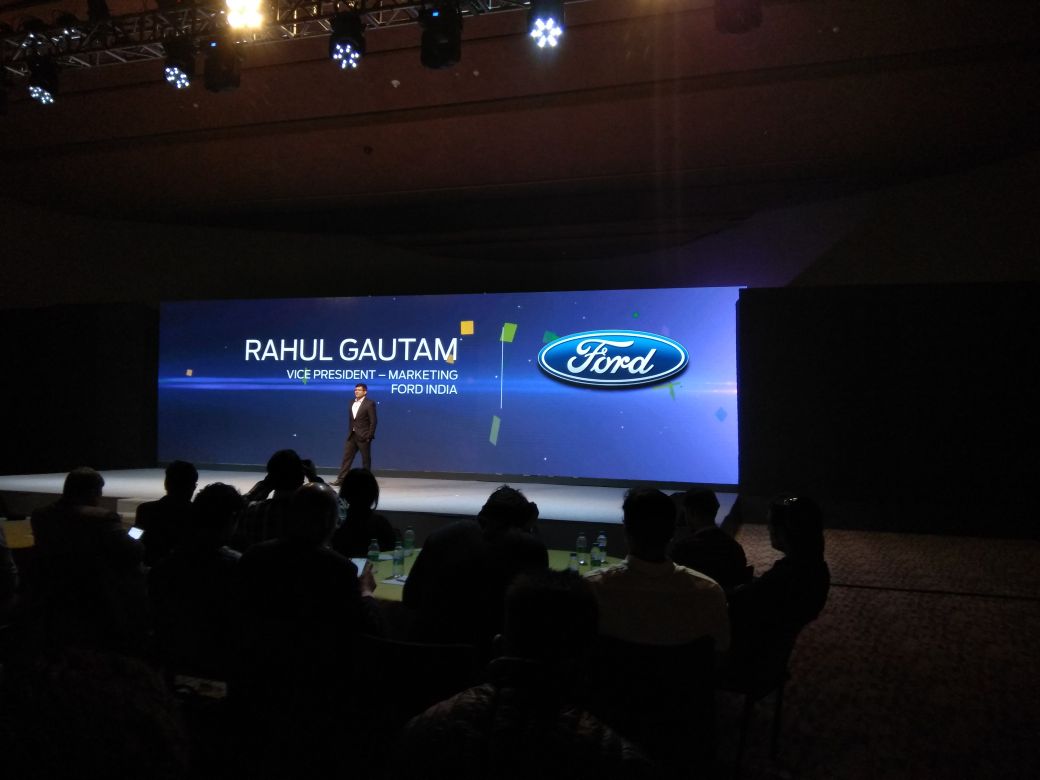 01.10 pm: The new Ford Figo Cross will diversity in Ford’s portfolio that is intended for setting benchmarks. 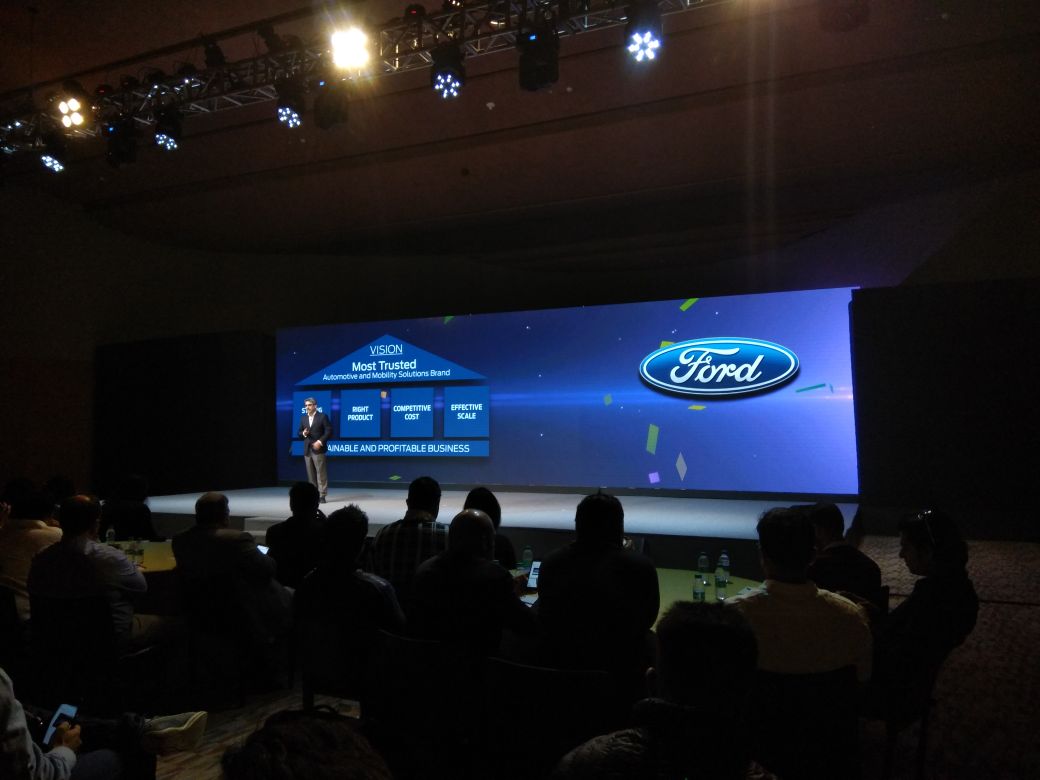 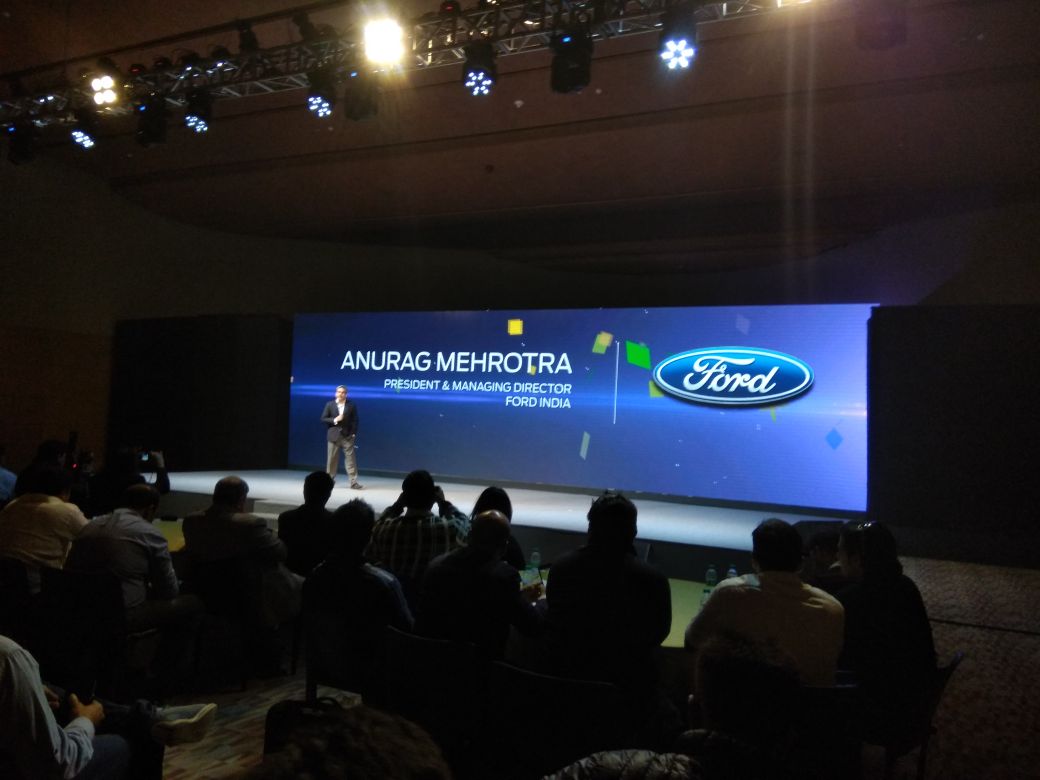 12.55 pm: The new Ford Figo Cross will be based on Figo hatchback that will be pitted against Honda WR-V, Hyundai i20 Active, Toyota Etios Cross and others.

12.45 pm: The proceedings for the event will commence in sometime. The stage is set for the global preview of all-new Ford Figo Cross. 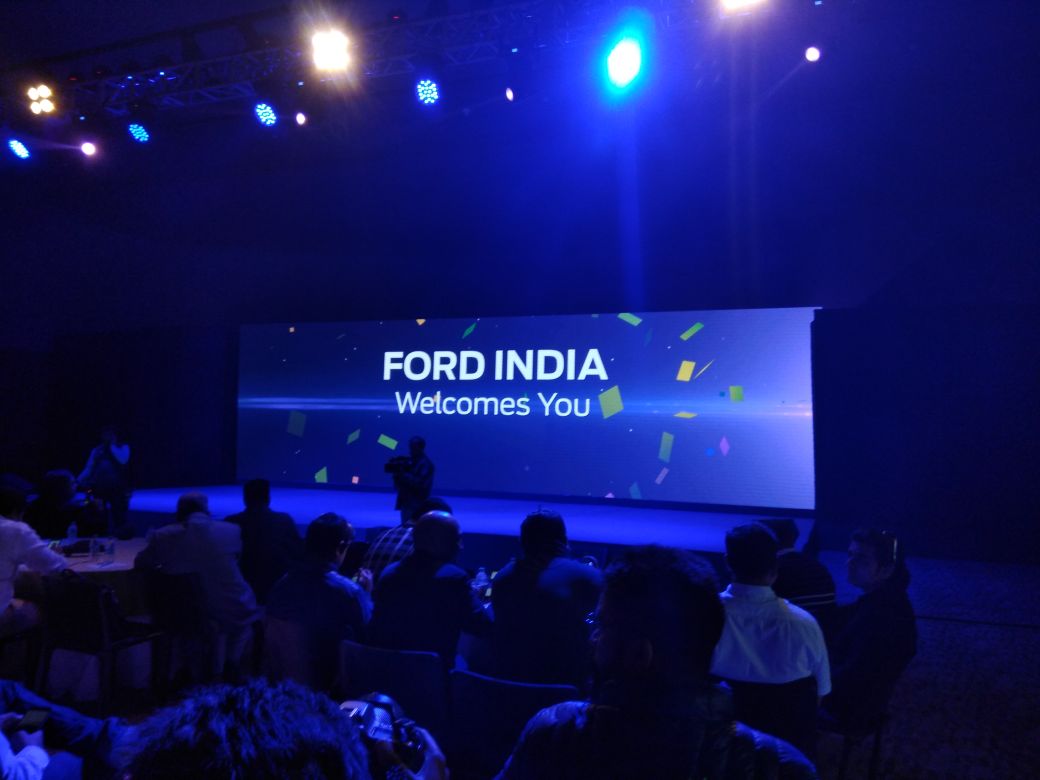 12:30 pm: Ford India is all set to unveil the Figo-based crossover in India. We are at the event, to bring you quick details, keep refreshing the page for latest updates from the event.

Ford India is all set to expand its product portfolio for the domestic market by unveiling the new Compact Utility Vehicle (CUV) today. To be called as Figo Cross, this new crossover from the American car maker has been spied up-close recently while testing in Gujarat. This new Figo Cross will be based on its younger hatch – Figo with added features, equipment and new Dragon series engine. Once launched, the Figo Cross will compete against the likes of Hyundai i20 Active, Toyota Etios Cross, Honda WR-V and others in the segment. Also See: Ford Figo Cross India Unveil Today: Watch LIVE Streaming & Online Webcast of Figo Cross Global Preview 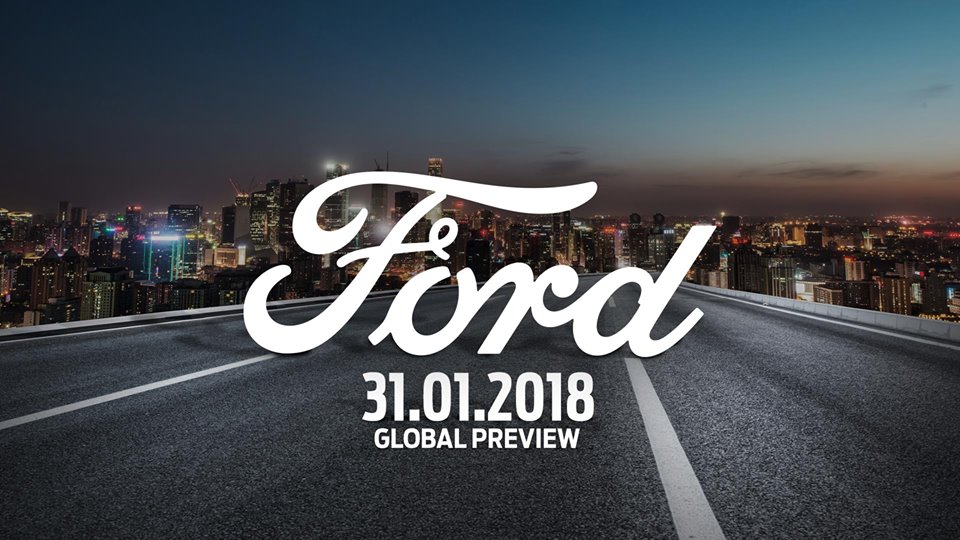 As per the spied images previously, the forthcoming compact utility vehicle is speculated to get a hexagonal mesh grille, conventional LED Headlamps with LED DRLs, chiselled bumper with fog lamps and a split racing strip in the centre which adds a sporty character. Further accentuating the overall sporty appeal of the Ford Figo Cross 2018 will be blacked out roof rails and ORVMs. Inside the cabin, the compact utility vehicle is expected to sport upmarket Interior space with new upholstery, floating touch screen display compatible with Apple CarPlay and Android Auto, Ford’s SYNC3 connectivity system and much more. Also See: Ford Figo Cross 2018 Unveiling Tomorrow; Launch Date, Price in India, Image, Specification, Features

The new Figo Cross is expected to be offer with both petrol and diesel versions. The petrol unit will be all-new 1.2-litre Dragon engine which can easily produce 90 bhp of max power. The diesel unit, on the other hand, could be a 1.5-litre diesel engine that can make 100bhp of peak power. Transmission duties are likely to be carried out by 5-speed manual gearbox as standard and 6-speed automatic unit is also likely to be on offer, however, no official confirmation on the same. See More: Ford Aspire Facelift 2018 Spied Testing; Launch Date, Price in India, Images, Interior, Specs, Features

The new Figo Cross will sit below Ford EcoSport and above Ford Figo once launched in the Indian market. Expected to go on sale soon, the Figo Cross from the American car maker could carry an attractive price tag. We speculate that the Crossover might be priced in the range of INR 6 lakh to INR 8 lakh (ex-showroom).