Worldwide ad campaign is a first of sorts for India 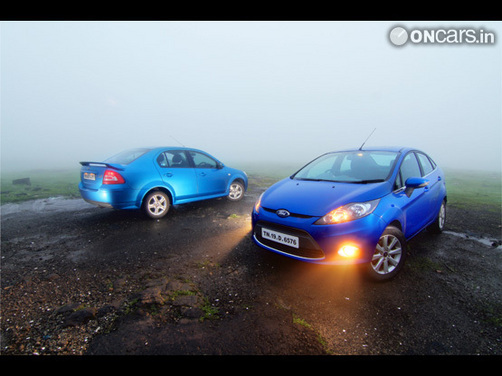 Think of any advertisement you've seen, and you'll notice that there never is a mention of the competition. At best there will be claims that put it as a 'best in class' feature or figure.  Also Read - Vintage car, bike show held in Coimbatore

Ford has been running a 'Swap your ride' advertisement campaign around the world and it has decided to bring the campaign to India. Why are we talking about this? Because it's the first time an advertisement has mentioned the competition by name. A notable exception is the Indica Vista advertisement that you might see on our own home page. Displaying competitior names is common in markets like the US, but unheard of in India. The 'Swap your ride' campaign essentially has Ford lending one of its vehicles to the owner of one of the competing cars and has the customer's feedback recorded.  Also Read - Engineer killed as running car catches fire in Greater Noida

The customers in the ads understandably do not want to return the Fords that have been lent to them, but we also noticed that Ford has left out the new Fiesta in the ad campaign – not a good sign of confidence in their product. We'd also like to point out that Ford has never had bad products – we've yet to drive a FOrd that doesn't put a smile on the face of the person sitting behind the wheel – but it didn't do too well on the service front. They've corrected that with the Figo now; all they need to do is find a way to shrug off the reputation for expensive spares and shoddy service once for all.

If you've no clue what we're talking about, youtube 'Ford Swap your drive' and click on any of the Indian videos. Here's one.