Formula One Title decider: Who will it be Rosberg or Hamilton at Abu Dhabi?

After a long session, it all boils down to the fast and furious Abu Dhabi Grand Prix where the top racers will fight it out today. 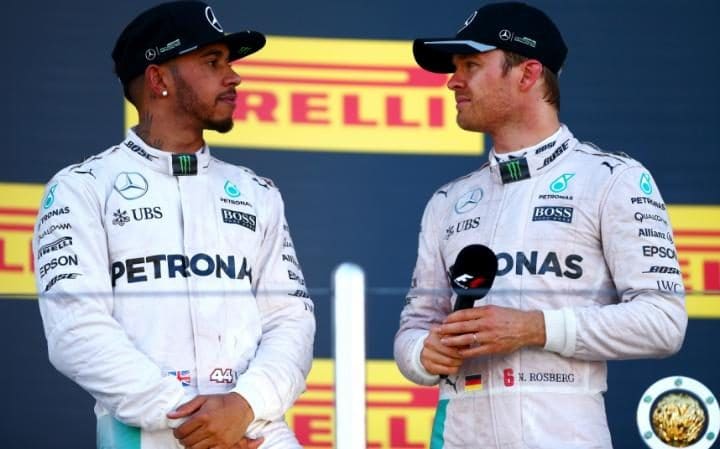 This season has been the longest ever in Formula one history which has witnessed one of the most heated duel in the recent past. We are talking about none other than Nico Rosberg and Lewis Hamilton, the teammates who race for Mercedes AMG Petronas and have shown extremely competitive intent this year. Also Read - South Africa Name New Captains: Dean Elgar to Lead in Tests; Temba Bavuma Gets Limited-Overs Captaincy

Hamilton and Rosberg are closely matched on the Constructors standings and the duel in desert as it is colloquially known, Abu Dhabi Grand Prix will definitely separate the men from boys. Hamilton has a score of 355 currently whereas Rosberg has a score of 367 points. As a team however, Mercedes doesn’t have any competition whatsoever as they are perched at the top of the Constructors standings with a score point of 722 against the distant second Red Bull at 446 points. Also Read - Gauahar Khan's Father Passes Away at a Hospital in Mumbai, Industry Offers Condolences

It is all about Lewis Hamilton and Nico Rosberg who are evenly matched in terms of the technical power driving the same car powered by PU106C hybrid turbo V6 engine which redlines at a whopping 15000 rpm. The mid mounted motor in the car produces a peak power figure of 750-850 bhp. It combines a hybrid system with the internal combustion teamed up with an energy recovery system which stores the braking energy to utilise it for performance enhancement. The power is sent to the rear wheel via a semi-automatic sequential 8-speed gearbox.

The title deciding race is likely to be hostile with both the men having a sincere fan following. Lewis Hamilton has been known for aggressive manners on the race track whereas Nico Rosberg, a German plays precisely and in a clinical racing style.

In terms of accolades, Hamilton has an upper hand with 103 podium finish and Rosberg with 56 podiums. Hamilton can also boast of three world titles in comparison to none for Rosberg. This time it is going to be an interesting and closely matched race in Abu Dhabi which will serve as a great farewell to the longest ever F1 season with both fighting for the 2016 title.