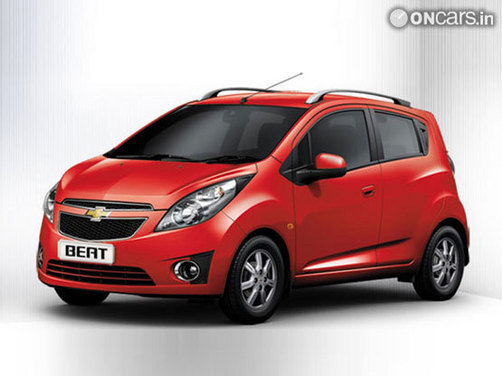 The Beat diesel is one of the most awaited launches in the near future – and not just by the public at large. GM has found it difficult to sell the Beat in the same numbers ever since the price of petrol was deregulated, and the difference in price between the two fuels has been too big to ignore. The diesel variant of the Beat is scheduled for launch by the end of this month and it will be powered by a 1.0-litre engine that, officials say, is tuned for a good balance between performance and efficiency. The other new diesel with a bow-tie on its nose that is scheduled for launch this year is the new Tavera that will get a BS lV engine, probably the CRD-Fi unit from the Sonalika Rhino. Also Read - ITL foraying into NBFC segment to finance tractor sales

For more on the Beat diesel, click here and here. Also Read - Ahmedabad: Husband Thrashes Wife For Taking Money Out of His Wallet Without Seeking Permission