After a turn of events, Google's popular navigation service makes a return to iOS. Makes Apple users jump with joy.

In the recent years Apple has consistently impressed the consumers with innovative products, simple designs and probably the best user experience one could expect from the computers, portable media players, tablets and phones. But as we all know, things took a wrong turn when Apple introduced their own navigation service. It was under-developed in comparison to the other players out there and thus unreliable too. And to add to the misery, Apple's latests operating system iOS 6 didn't authorize Google as the Map provider. Thus users were left frustrated since Apple Maps, like we said, was unreliable. Also Read - Google Maps Rolls Out New Feature 'COVID LAYER' to Show Coronavirus Outbreaks in Your Area 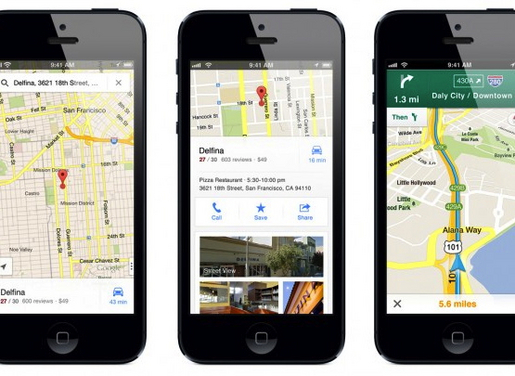 But if you own an Apple handheld device, you don't have to worry anymore as Google Maps is available for iOS again. So if your device runs iOS 5.1 or higher, go to iTunes and download what most of us call the saviour for Apple users, THE Google Maps. Also Read - Vikas Dubey Encounter: Akhilesh Yadav Claims Google Maps Can 'Track' Accident, Twitter Can't Stop Laughing

All it took was a public apology by Apple CEO Tim Cook and Scott Forstall's job. But Google is back. So take that iPhone out of your pocket and use it as your navigator, like you did in the good old days. Just make sure you're using Google Maps.