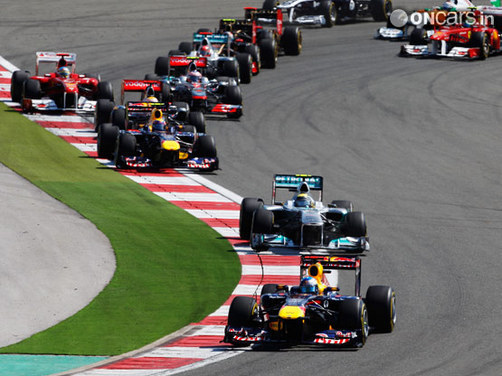 The central board of excise and customs of India has refused to grant a customs waiver to the organizers of Indian F1 GP stating that Jaypee Sports International Limited (JPSI) has failed to obtain tax exemption certificate from the sports ministry. Also Read - Former F1 Chief Bernie Ecclestone Wants 2020 Championship to be Cancelled Amid Coronavirus Outbreak

Contrary to the earlier reports, valuation of F1 consignment is estimated to be between 150 to 200 crore, with the percentage varying for different types of equipments like cars, performance fuel, engines etc. The organisers have confirmed that their request of custom bonded area has been declined and they are expected to pay advance tax. However, customs department has agreed to let the organisers open the cargo on the track, in front of the custom officials, but the entire consignment will be escorted by custom officials from the airport to the track. Also Read - At 89, Former F1 Boss Bernie Ecclestone to Become Father For Fourth Time

In order put an end to all the doubts, organisers have said that they are willing to pay customs on behalf of the teams and claim rebate for re-export after the race. The duty drawback will amount to 98 per cent of the customs and the final duty payable is expected to be around eight crore.