The development followed after a petitioner complained that the Centre was 'discriminating' by allocating less natural gas to the state. 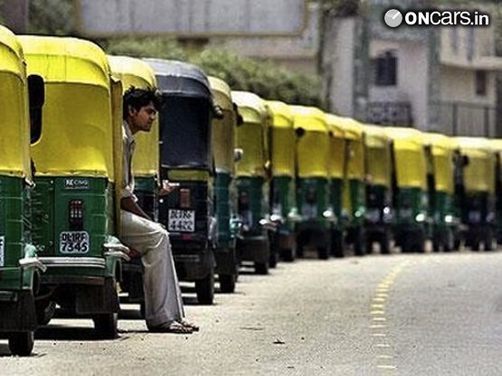 The Gujarat High Court has issued orders today to the State Government to ensure that all public and commercial vehicles registered in the state are converted to Compresses Natural Gas (CNG) within a span of one year.  Also Read - Dholavira, Harappan-era City in Gujarat, Added to UNESCO's World Heritage Site List

“State is directed to pass necessary orders within shortest possible period, at any rate not exceeding one year from today, compelling the owners of all vehicles having registration in Gujarat to use natural gas, and if necessary, even at higher prices, for the protection of the lives of the citizens living in the state,” the court said in its order Wednesday.

The aforementioned development took place while, the High Court was hearing a petition filed by an environmental NGO, Dhanghdra Prakruti Mandal, which stated that the pollution levels in the city of Ahmedabad were as high as those in New Delhi and Mumbai. But even then, the Centre hasn't been providing environment-friendly natural gas to the city under the Administered Price Mechanism (APM.) The cost of CNG is Rs 53 per kg in Ahmedabad, while it is being offered at Rs 38.35 per kg in New Delhi.

The NGO had pleaded that the price difference was due to the “discrimination of the Centre” towards Ahmedabad, where the courts have made it mandatory for auto-rickshaws to use CNG.

As a result, the High Court has also directed the Centre to provide natural gas, including CNG to the city of Ahmedabad at the same price as it supplies to New Delhi and Mumbai, under the APM.

The High Court has directed the Centre to act immediately on the issued order and declined to grant a stay on the ruling for the Central Government to approach the Supreme Court.

At the end of the judgment, the High Court said that, “so long such a restriction to make it compulsory for all vehicles plying in the state by natural gas is not enforced, necessary orders imposing stringent restrictions be passed, within one month, in relation to the pollution by fixing the level of emissions to the minimum levels in accordance with international standards.”

The petitioner had complained the Centre was “discriminating” against Gujarat-based City Gas Distributions (CGDs) by allocating less natural gas to them.

The NGO sought directions to the Union Government to prioritise and diversify the un-utilised natural gas from non- priority sector to CGDs for domestic and vehicular usage.

The Bench asked the Centre “not to discriminate between CGDs promoted by central PSUs and other CGDs, and also among Gujarat-based CGDs in the matter of allocation of natural gas.”