Honda Brio to be launched later this month 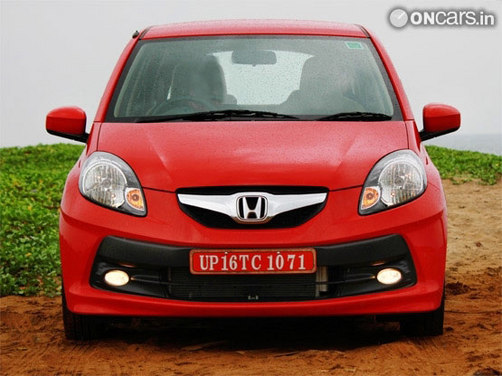 We were one of the first ones to get you the first drive report of the Honda Brio. It is now speculated that Honda will be launching the Brio later this month on September 27. After plenty of delays due unforeseen circumstances, Honda finally is ready to debut the car in India. Powered by the same 1.2 litre petrol engine which propels the Honda Jazz, the Brio will be available in two variants. With airbags and ABS standard on both the variants, and plenty of features on the base model too, the Pricing will be a major factor deciding the Brio’s success in India. The car once on road will compete against the Wagon-R which is the current market leader in that segment followed by Ford Figo, Hyundai i10 and A-Star. Also Read - Honda Launches BS6-Complaint City Petrol in India

Click here to read the first drive impression of the Honda Brio.

Click here for more images of the Honda Brio –