The growing number of cars in the country has populated our Indian roads with millions of vehicles. In a country like ours, where traffic laws and regulations are not taken seriously, accidents are bound to happen. Putting a complete halt to this situation is quite a farfetched thought, which is precisely why automakers are equipping their car with modern safety features and customers pay a premium price to ensure their safety while driving. But, what happens when even those safety features fail to safeguard you in a road accident? 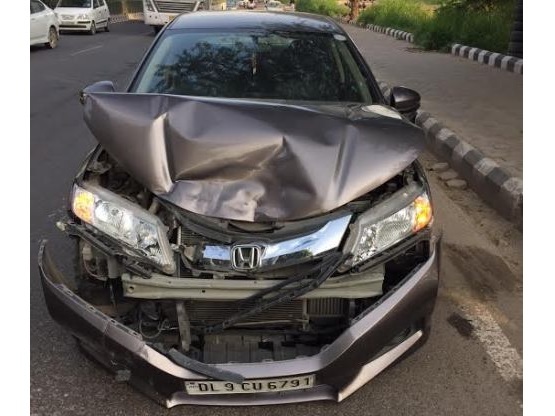 Recently, in an accident involving a Honda City and a Tata Sumo, the sedan was subjected to a severe collision with a SUV. Even after a head-on collision, the City’s airbags failed to deploy, as a result the owner Ravi Khanna’s shoulder was injured. The accident took place in Jasola, Delhi last month on the evening of 27th August. Speaking about the accident Mr. Khanna said, “My car banged into a Tata Sumo as those guys were not driving in the right way. I noted down their car number and called the police. I had a shoulder injury in the accident. Alongside I called up Honda dealer, Samara Honda in Mayapuri to inform them about the accident”.

Following the accident, Mr. Khanna registered a complaint at Honda Car India call center describing about the airbags failing to deploy for which the customer care personnel replied, “Sorry, the driver got hurt, the car was not hit at the right angle (in a head on collision). The representative also added that the airbags were fine but the sensor did not work because the impact was not right. And thus we cannot help you! “When Mr. Khanna further asked for an explanation, Honda’s customer care simply mailed across a copy this seemed identical to the information available from the net.

According to Mr. Khanna, it was basically a cut and paste job without getting a proper justification for this fault. When Mr. Khanna again contacted the representative, who goes by the name of Aditya Awasthi simply chose to ignore the complaint. The question that we are trying to ask here is that isn't the 'Customer the King'? Or maybe he is till the time the sale is made and after that any issue with the vehicle is his own god damn problem? 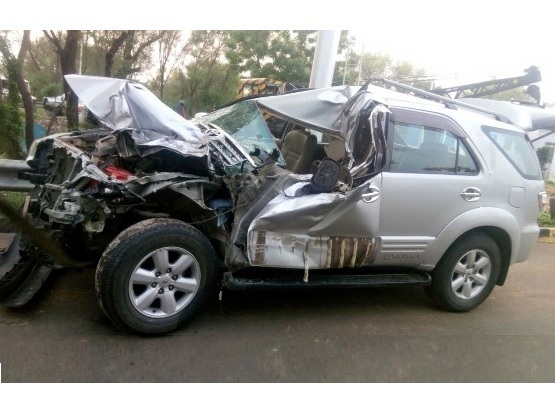 In the past, we had brought you the news about various road accidents where airbags, which are integral safety equipment, had failed to deploy in the most needed times. Some of the previous cases that involved a Toyota Fortuner from Gujarat, which even after a head-on collision failed to deploy the airbags. In a very similar yet more fateful case in Kerala, a range-topping Mahindra XUV500 aquaplaned and rolled over few times before coming to a halt against a coconut tree. During this entire event none of the six airbags in the SUV deployed even the side airbags, which were supposed to be the first ones to go off in such a situation.

Now before we jump on to any conclusions, let us slow down and think whether vehicle manufacturers are the only ones to blame here? Sometime drivers are equally responsible in cases where the airbags have failed to deploy and to explain why they fail to work sometimes, let us tell you how the airbags work. Airbags are inflated and deployed when the airbag ECU sends a signal to the triggering circuit. The airbag ECU gets this signal from the sensor, which detects deceleration. Based on a specific amount of deceleration and the fact that you are wearing the seat belts or not, the ECU decides on whether or not to deploy airbags. 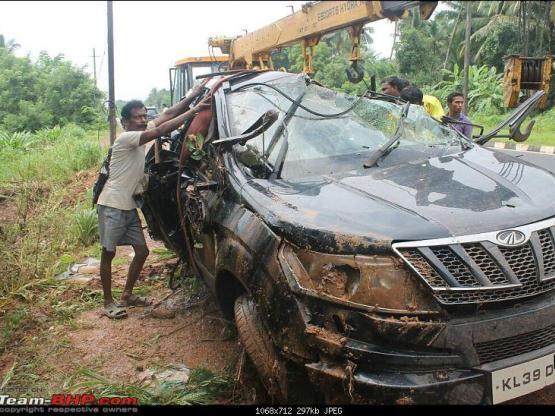 Now it wouldn’t be wise to keep the sensors at a more sensitive setting, because if the airbags are deployed with a light bump or a small crash then customers will have to incur a major price to re-install new airbags.

So is there a solution to these problems? In this particular case, the Honda City met with a head on collision and the driver says that he was buckled up. Here we surely cannot blame the driver and if the sensors did not trigger the airbags then the manufacturer is bound to be accountable. In case, the passenger or the drivers aren’t wearing a seat belt and the sensors fail to deploy that surely is the driver's fault. Whichever may be the case, one thing is clear that either as a consumer or as a manufacturer, we are quite reluctant when it comes to road safety. In this particular case what we are left with is yet another customer who has completely lost his faith on a leading brand like Honda.