Honda HRV SUV will be made available in both petrol and diesel fuel options. To be positioned above BRV, the SUV will rival Mahindra XUV500 and the Hyundai Tucson. 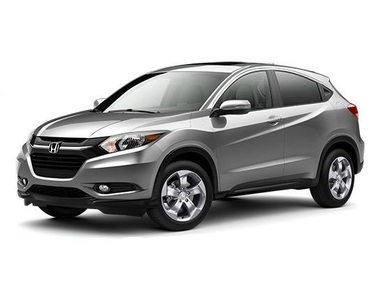 Honda, the Japanese automaker has recently launched the Honda BRV compact SUV in the Indian car market. The company has received over 9,000 pre-orders for the SUV, and the vehicle commands a waiting period of around 2 months. Interestingly, Honda is also considering the HR-V SUV for the growing Indian market. Speaking to AutoCarPro, Yolchiro ueno, Honda Cars India's president and CEO said that the company could launch the HRV in the country.  Also Read - IPL 2020, KXIP vs RR in Abu Dhabi: Predicted Playing XIs, Pitch Report, Toss Timing, Squads, Weather Forecast For Match 50

On being asked for HRV as potential SUV for Indian market, Ueno said, “We have not decided anything as yet. The HR-V is a very successful model internationally, but its price positions it one segment above the BR-V. However, it could be one of our choices for India if we see potential for it here” Also read: Skoda Superb to get Dynamic Chassis Control in India  Also Read - IPL 2020, CSK vs KKR: MS Dhoni Gifts His Jersey No 7 to Nitish Rana, Kuldeep Yadav; Chennai Skipper's Gesture is Winning Twitter | POSTS

Honda is gearing up for the launch of Accord hybrid in the Indian car market. After witnessing the response for the sedan, the company could also introduce more hybrids in the country in near future. The HRV crossover is already on sale in select international markets, where it received an excellent response from buyers. The vehicle is based on the Jazz platform that also underpins the City sedan. Internationally, the SUV is available with petrol, hybrid and diesel powertrains. Also read: Facelifted 2016 Chevrolet Trailblazer imported in India for R&D purposes

The India-spec model is expected to be made available in both petrol and diesel fuel options. While the diesel version could get a 1.6-litre i-DTEC engine that will also power the next-gen Honda CRV, the petrol version is likely to get a tried and tested 1.5-litre i-VTEC engine. Both manual and automatic transmission could be on offer. The Honda HRV will be positioned above the BRV SUV, and will rival against the Mahindra XUV500 and the upcoming Hyundai Tucson.