Honda to debut the new NSX at 2013 Detroit Motorshow

Styling to remain similar to the Acura NSX Concept

Honda is all set to make a lot of fans happy! According to AutoExpress, Honda will showcase the production version of the NSX supercar at the 2013 Detroit Motor Show. A Honda badge and not Acura's will adorn the car, when it goes on sale in the UK sometime in 2013.  Also Read - Insane! US Rapper Lil Uzi Vert Gets Pink Diamond Worth Rs 175 Crore Implanted Into His Forehead | Watch 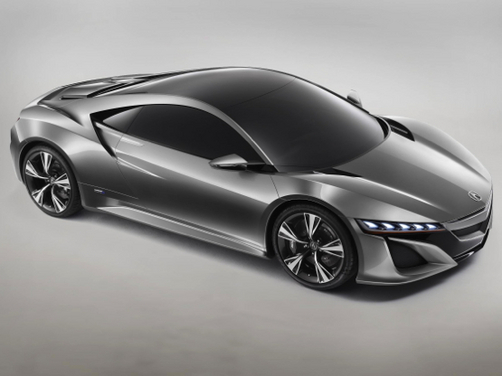 The styling of the production version will be similar to the Acura NSX Concept. Most of you must be knowing that the car made an on-screen debut with the movie Avengers but once they launch the car, it sure will make a lot of appearances, on the big screen, night-clubs and racetracks alike.   Also Read - Fiat Chrysler To Invest USD 250M in India, Launch 3-Row SUV and New Jeep Compass

Reports suggest that the power train too will remain similar to that of the NSX Concept: a direct injection V6 VTEC and two electric motors coupled to the SH-AWD®(Super Handling All Wheel Drive) system via a dual clutch transmission.

If Honda plans to launch the car nexy year, 2013 will surely go down in history as a great year for car enthusiasts. As for it's chances of coming to India, well, Honda too knows that a diesel engine is a bigger priority at the moment.