Hyundai USA may be working on supercar

No official confirmation yet, though 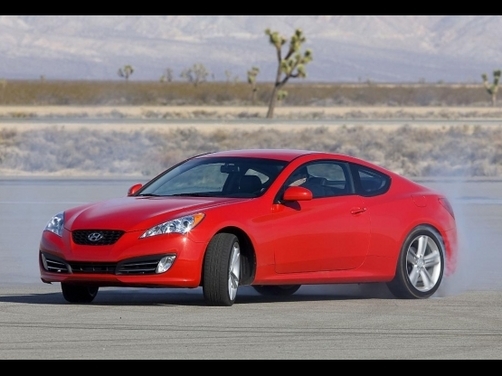 As if the Genesis wasn't enough to rattle traditional sports car makers, rumours are now doing the rounds of Hyundai USA planning an even bigger sportscar; something that will rival the Corvette and 911. The rumours state that it will be a coupe, and buyers will get the same perks that the owners of the Equus full-size sedan have got: an iPad owner's manual and and pick-up and delivery if you don't want to take it to the service centre yourself. Front and mid-engine designs are being considered, and there already is a usable powerplant available: the Tao 5.0-litre V8 that powers the Genesis R-Spec with 430Ps. Drive for the supercar will go to the rear wheels – and here's where true speculation begins. If they bung in a manual gearbox, the closest one they have is the six-speed from the Genesis Coupe, but it won't handle the torque of the V8. The twin-clutch unit from the Veloster has been developed for front-wheel drive. If this supercar does materialise,  Also Read - Hyundai Set to Launch i20 in Middle of Next Year, Car's Unveiling at Auto Expo 2020