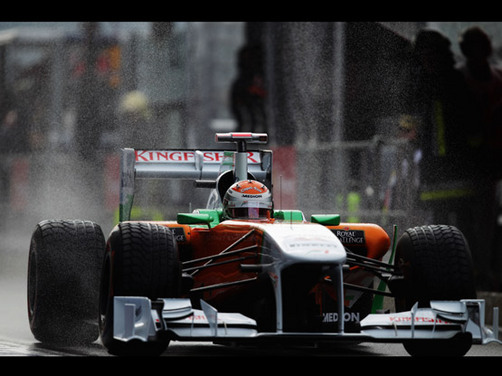 The first edition of the Indian F1 GP has run into trouble, with the India government demanding customs duty on the goods that will be brought to the country for the race. This includes the cars themselves, the tractor-trailers that transport them, the associated things like laptops and tyres, right down to the hospitality homes which are a standard fixture for any race. The customs department expects the organisers to deposit a duty of Rs 600 crore or more in advance for all the equipment to be imported to India.  Also Read - Former F1 Chief Bernie Ecclestone Wants 2020 Championship to be Cancelled Amid Coronavirus Outbreak

Jaypee Sports India (JPSI) have been asking for a customs bonded area for Formula One, as practiced worldwide. This channel allows cargo to be moved directly to the race track from the airport, for the setup and post race is immediately flown out of the country.  However, the relevant government department wants customs to be deposited in advance and says that the deposit will be returned to organisers post race, after a two per cent deduction. Also Read - At 89, Former F1 Boss Bernie Ecclestone to Become Father For Fourth Time

The organisers have requested the government to extend support similar to the cricket world-cup and Common wealth games, but the Indian government classifies Formula One as entertainment and not a sport, and is unwilling to extend any support.

Ironically, the Federation of Motor Sports Club of India (FMSCI) is recognized as a national sports federation. Also, according to a sports ministry letter dated August 10, the organisers are expected to make a contribution of Rs 10 crore annually to National Sports Development Fund to set up sports academies, for the entire five year duration of the contract – from 2011 to 2015.