Jaguar, the British luxury carmaker, is planning to launch the highly rated XE Sports sedan in the Indian car market next year. It was speculated that the company is planning to locally assemble the sedan to price it competitive to the market. Now, Jaguar has imported one CKD unit of the XE sedan into India. The model is imported for the R&D (Research & Development) and Testing purpose. It is confirmed that the Jaguar's entry-level sports sedan will see local tweaks before hitting the roads. 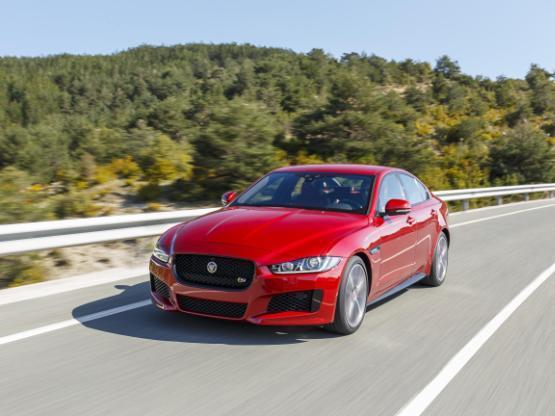 Based on the Jaguar's all-new modular architecture, the XE sedan is the only car in its league to feature an aluminium-intensive monocoque. Instead of the McPherson Strut, the sedan has double wishbone suspension up front and an integral link type at the rear. It is the first Jaguar to feature EPAS (Electronic Power Assist Steering).

The imported model is powered by a 2.0-litre, 4-cylinder, diesel engine that is good for 161bhp of power. Adding to it, the company could also introduce an entry-level 2.0-litre petrol motor that is likely to produce about 180-200bhp. Power will be transferred to the rear wheels via an eight-speed automatic gearbox.