The series will also involve VIPs such as Ricky Gervais, Alec Baldwin and Larry David. 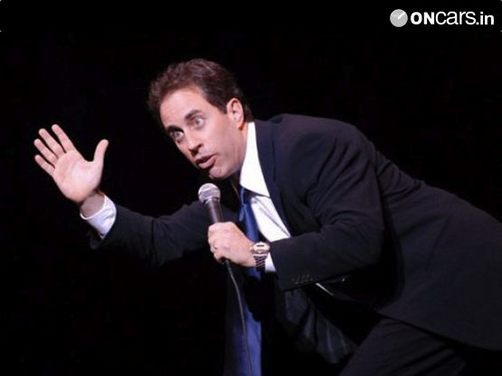 World famous comedian and automotive enthusiast, Jerry Seinfeld is planning to mix the two things he is best at in the form of a brand new TV show called 'Comics and Cars.'   Also Read - Julia Louis-Dreyfus never considered quitting 'Veep', despite her cancer diagnosis

According to the initial reports, the show would be a new documentary-series reality show centered around Seinfeld and other VIPs such as Ricky Gervais, Alec Baldwin and Larry David who will get together, sit down and engage in all sorts of car conversations, all the while igniting humor.

The long time Porsche enthusiast Seinfeld is one of Hollywood's most well-known car enthusiast along with Jay Leno. He earlier was working on a similar TV series called 'The Car Show' in the United States However, the show didn't take off as well as the producers and the TV channel Fox had hoped for and was therefore, taken of air time. We just hope this one cuts the cake with auto enthusiasts around the world.

At this time, there are not much details regarding the upcoming show, but rest assured we will bring to you all the latest information as in and when it is made available to us.