Karun Chandok in the racing seat this weekend 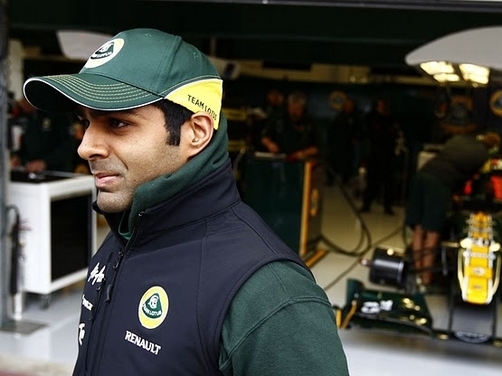 As a part of Lotus F1’s agreement with Karun Chandok, the team will give him a chance to race this weekend at the German GP. Veteran driver Jarno Trulli will sit out for this race and give Karun the chance to prove his mettle. Trulli has been facing some problems with the Lotus F1 car and is expected to return with a better car at the Hungarian GP. Meanwhile Karun is busy with this team of engineers in fine-tuning the car for the German GP.  Also Read - Suzuki-powered Caterham Seven 160 offers old school thrills

Karun told the media, “I want to thank Tony Fernandes, Kamarudin Meranun and SM Nasarudin for giving me the chance to race this weekend for Team Lotus.”Ever since I first joined the team I have been looking forward to this opportunity and I am determined to do my best to repay their faith in me.

“I am approaching the weekend in a very realistic frame of mind. I will be doing my best to push and to make sure I learn as much as possible.”I know there will be millions of Indian fans, and Team Lotus fans around the world, who will be behind me and the whole team, so I will do the best I can to give them something to cheer for.”

All the best Karun, the entire country is watching you!