The Lamborghini Huracan RWD Spyder will launch in India as the fifth Huracan model in the country.

Lamborghini is going to launch its Lamborghini Huracan RWD Spyder sports car on 1 February 2017 in India, marking the fifth model from the Huracan range to enter our shores. Launched in 2014, the Lamborghini Huracan came into this world with big shoes to fill, replacing the iconic Lamborghini Gallardo, which is the Italian supercar-maker s most successful model ever. In these three years, it is safe to assume that it has done its part well, despite not being a totally revolutionary model like the supercar before it. In India, the Lamborghini Huracan is available for prices ranging from INR 2.99 crore to INR 3.89 crore (ex-showroom Delhi). It has been launched in four flavours so far: the LP610-4 all-wheel drive (AWD) coupe, LP580-2 rear-wheel drive (RWD) coupe, the AWD Spyder convertible and the Avio. Also Read - Florida Man Uses Coronavirus Relief Fund to Buy a $318,000 Lamborghini, Gets Caught After Car Crash 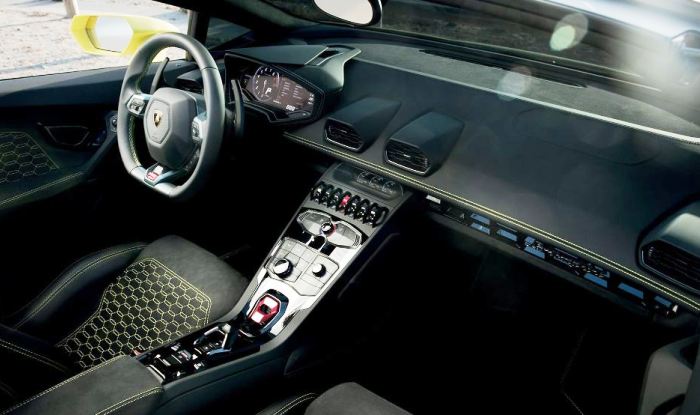 The Lamborghini Huracan RWD Spyder, like the AWD Spyder, is the convertible version of the RWD Coupe, getting the same mechanicals and power-train. Powering those two fat rear wheels is a 5.2-litre V10 engine positioned at the rear, delivering 572 bhp of peak power and 540 Nm of torque, channelled via a seven-speed dual-clutch gearbox to a set of Pirelli PZero tyres, wrapped around 19-inch alloy rims. According to Lamborghini, the Huracan RWD Spyder can rocket from zero to 100 kmph in 3.6 seconds, which is just a sliver slower than the RWD coupe. Given enough tarmac and if the driver can hold on, the Lamborghini Huracan RWD Spyder can touch a top whack of 319 kmph. Thankfully, there are three driving modes for the driver to select from, starting from the basic Strada and ascending in sportiness to the Sport and the Corsa. Also Read: John Abraham shows off his new Nissan GT-R Black Edition 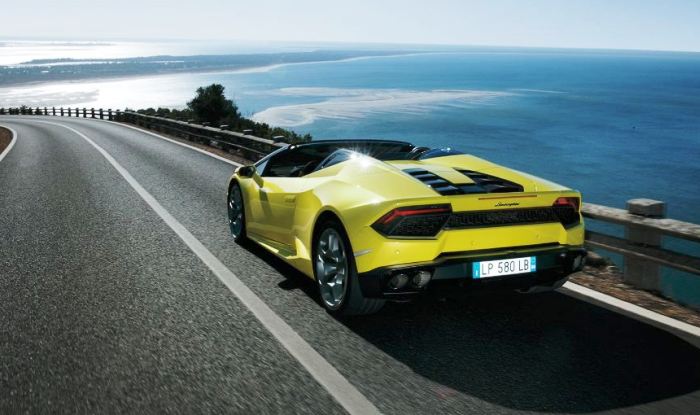