Mahindra & Mahindra ties up with Snapdeal, for pre-bookings of its much awaited SUV- 2014 Scorpio. Snapdeal is an Ecommerce firm sells mobiles, apparel, books, electronic items and now from Thursday, Snapdeal started accepting the pre-bookings orders for the facelift of Mahindra Scorpio SUV. The 2014 Scorpio will hit the Indian road on September 25 2014, is being offered at a booking amount of INR 20,000 on Snapdeal’s website, customers then can go to a dealer to make the full payment and take delivery of 2014 Scorpio. Carmakers in India have so far depended largely on their dealer networks to drive sales and the Mahindra & Mahindra’s partnership with Snapdeal is the first of its kind in the Indian automobile sector. 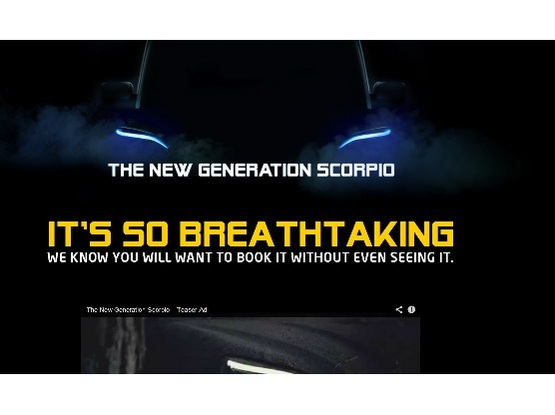 The Scorpio is considered as Mahindra’s most demanded and profitable vehicle, which sells more than 50,000 units per year, “This is a very exciting development,” said Arvind Singhal, chairman of retail advisory firm Technopak. “Companies like Mahindra and Tata are now experimenting with online and that is an encouraging sign.”  Also Read - Mahindra 2014 Scorpio: Mahindra & Mahindra launches new generation Scorpio in Madhya Pradesh

Talking about the engine, the facelift version of Scorpio will continue to get power from the same 2.2-litre, 4-cylinder turbo-charged mHawk diesel engine, which can produce the max power of 120 bhp and 290 nm of torque. The 2014 Scorpio will be equipped with 5-speed manual gearbox. Also Read - Mahindra 2014 Scorpio: Mahindra and Mahindra unveils new-generation Scorpio

The facelift version of Scorpio will take on Tata Safari Storme, Renault Duster and Nissan Terrano in the same segment of SUV.