Indian automaker Mahindra & Mahindra today celebrated its 50 lakh vehicle production milestone in Mumbai. It was truly a memorable day for the automaker and to showcase its pride, a human chain of 3,000 Mahindra employees was formed, which started from Nariman Point and went up till Girgaon Chowpatty. 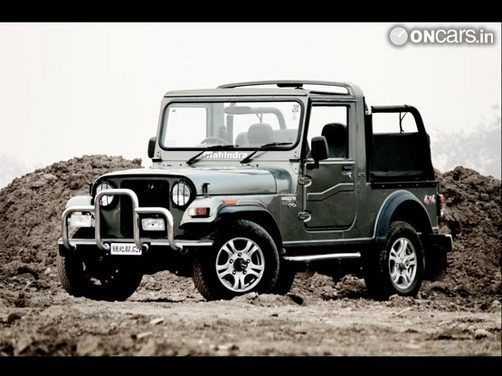 Another highlight of the event was the 50, 00,000th vehicle itself that was none other than Mahindra’s classic SUV, Thar, which was seen cruising across Marine Drive. On board was Pravin Shah, Chief Executive Automotive Division, Mahindra & Mahindra who was seen waving to those 3,000 employees who formed the human chain. Also Read - Budget proposals positive for tractor, two-wheeler segments: Experts

Indian adventure enthusiasts have had a long time love affair with Mahindra’s SUVs, mainly because of its all terrain performance, and one of the classic favourite has been the Thar. The new Thar sports a powerful 2498cc, 2.5-litre NEF TCI- CRDe Diesel Engine that produces 105 PS of max power and 247 Nm of max torque.

Last year Mahindra saw a huge success with the launch of the all new Scorpio, which was highly appreciated by critics and buyers alike across India. It even played a vital role in increasing the sales figure of Mahindra for 2014. Moreover, they also plan to introduce more stylish and modern looking vehicles in the coming year. Currently the manufacturer is working on a compact SUV model that will rival Ford EcoSport, Renault Duster and Nissan Terrano.