The Mahindra TUV300 Plus is based on the TUV300 sub-compact SUV.

Homegrown utility vehicle manufacturer, Mahindra & Mahindra is all set to launch an extended lang wheelbase version of the TUV300 in India in the coming months. Ahead of its India launch, clear most images of the Mahindra TUV300 Plus have been spied, which completely uncovers the design of the car. According to the spy images, the front ans rear profile of the car is exactly similar to the TUV300, However, the side profile is elongated to accommodate three-row seating. Also Read: Mahindra S201 Sub-Compact SUV (Maruti Vitara Brezza & Ford EcoSport Rival) Spied Testing; India Launch in H2 2018 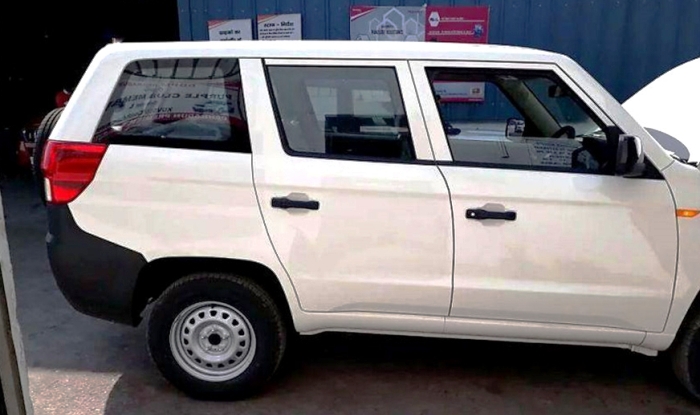 The interiors of the Mahindra TUV300 Plus, as well, are similar to the smaller sibling, however, the car gets an additional third  row. That said, the car is expected to come in multiple seating configurations and will have a maximum seating capacity of 9 occupants. The Mahindra TUV300 Plus will be powered by the 1.99-litre mHawk diesel engine that is capable of producing 120 BHP of maximum power and 280 Nm of peak torque. This engine will come mated to a 6-speed manual transmission. That said, Mahindra might consider introducing an AMT gearbox in the TUV300 Plus. Read More: Upcoming Cars to Launch in India in 2017-18; Ford EcoSport 2017 Facelift, Tata Nexon AMT, Mahindra KUV100 AMT, Maruti Celerio X, Swift 2018, New Ciaz 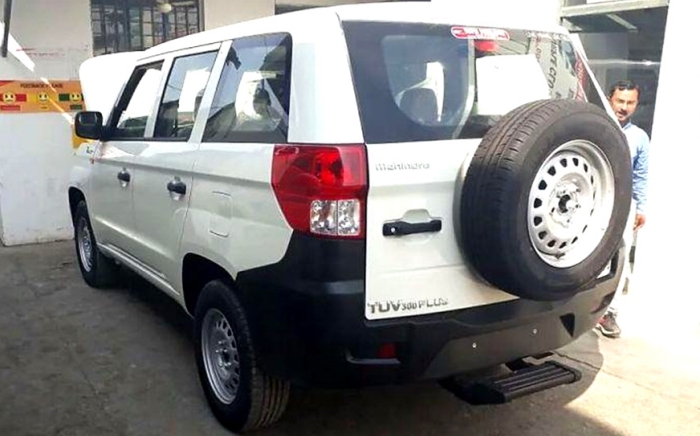 The TUV300 Plus is based on the same ladder-frame platform that underpins the TUV300 sub-compact SUV. The SUV will share most of its interior components including multifunctional steering wheel, power windows, music system and others with its smaller sibling. While the TUV300 is positioned between the Scorpio and the NuvoSport, the TUV300 Plus is expected to be positioned between the Scorpio and the XUV500. Also Read - Mahindra Offers Discounts up to Rs 3.06 Lakh on BS6 Mahindra Alturas, XUV500, Scorpio, Bolero, Marazzo This Month