The Mahindra U321 is expected to be launched in India by end 2017 and will compete against the Toyota Innova Crysta.

New spy images of the upcoming Mahindra U321 MPV have been released by Team-BHP member Nishant. The production ready version of U321 MPV was spied testing in Leh, revealing its exterior design. The car gets the signature Mahindra grille, projector headlamps and front bumper mounted LED daytime running lights along with a wider air dam. The car also sports 10-spoke star-shaped alloy wheels while the side profile looks plain as compared to other Mahindra models. That said, Autocar India recently published a new spy image of the interior of the Mahindra U321’s cabin. Also Read: Mahindra U321 MPV (Toyota Innova Crysta rival) spied testing alongside TUV500; images, price & interiors 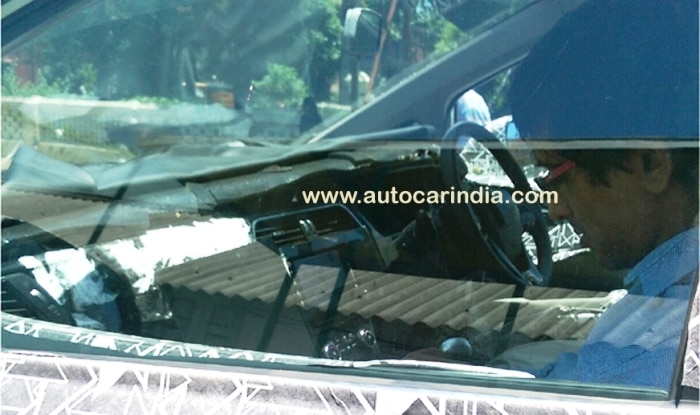 The interiors of the Mahindra U321 look completely new and unlike any other Mahindra cars. However, certain interior design bits do resemble the XUV500. While the steering wheel and cabin layout is completely new, the automatic climate control buttons seem to have been lifted from the Mahindra XUV500. The MPV is expected to get dual-tone scheme for the dashboard. Coming to the touch-screen display, the infotainment system is likely to come equipped with GSP navigation, Android Auto & Apple Car Play support and Smartphone integration along with voice commands. The car will rival the Toyota Innova Crysta in the premium MPV segment. Read More: Mahindra U321 MPV seen testing alongside Toyota Innova Crysta; India launch, expected price, images & interior 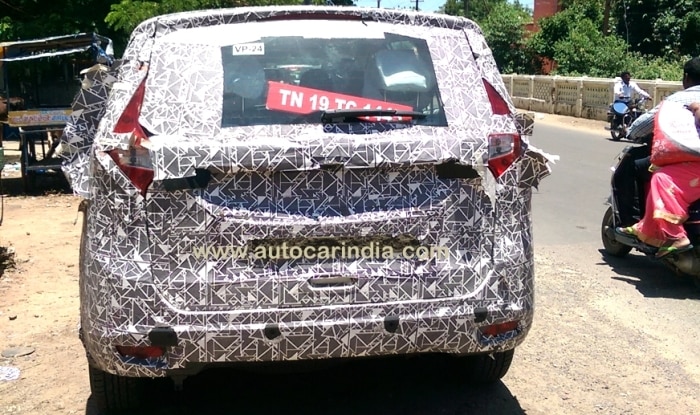 Speaking about the mechanicals, the Mahindra U321 is expected to come equipped with the 2.2-litre mHawk diesel engine that also powers the XUV500. This engine produces 140 BHP of power and 320 Nm of peak torque, mated to 6-speed manual and automatic transmissions. However, Autocar India reports that Mahindra will introduce an all-new 1.6-litre mFalcon diesel motor on the Mahindra U321 MPV. The Mahindra U321 will be manufactured at the company’s Nashik facility while it is reported that test production of the MPV has already begun at this plant. The Mahindra U321 is expected to be launched in India by the end of this year. Also Read - Mahindra Raises Vehicle Prices, including Thar's, From Today by Up to Rs 40,000